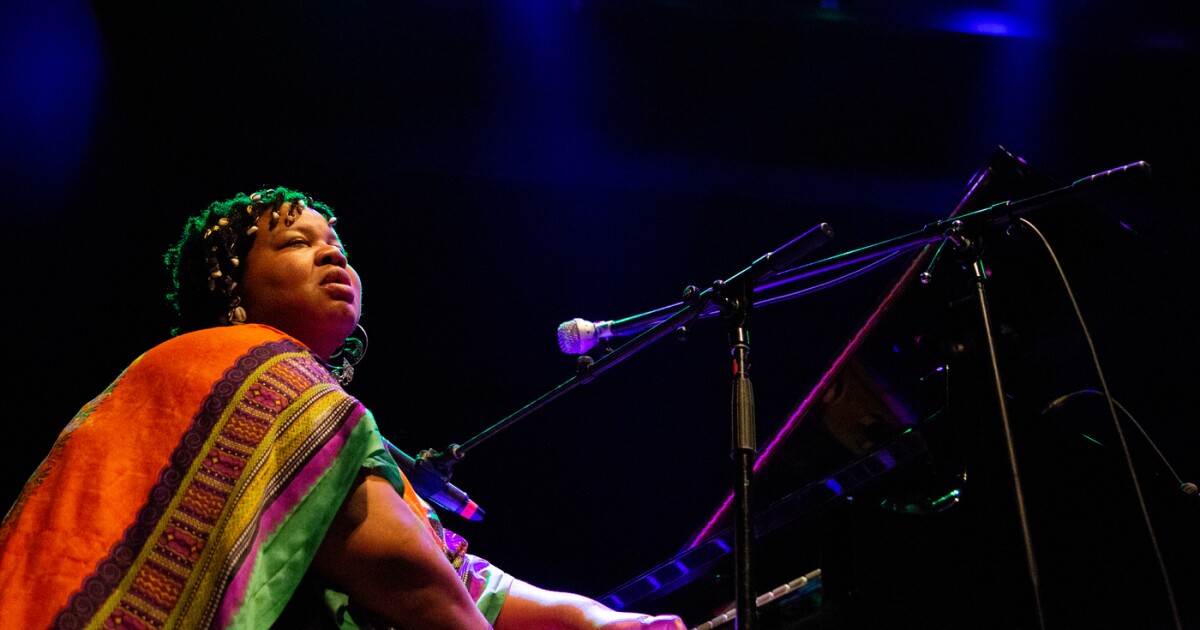 After a pandemic break and a virtual presentation in 2021, the NYC Winter Jazzfest will get back into shape in the New Year, with 10 nights of programming in Manhattan and Brooklyn. Today the festival announced a theme – “The Feel Good,” as a tribute to black American music – and a first wave of talent, including multi-instrumentalist, singer and songwriter Angel Bat Dawid, who will chair as artist in residence.

Dawid will present the world premiere of “Afro-Town Topics: A Mythological Afrofuturist Revue”. She will also be directing Sistazz of the Nitty Gritty as part of the Winter Jazzfest Marathon on January 14 and will be touring a DJ set during the opening concert at City Winery.

This kickoff, co-presented by SummerStage on January 13, also features Terence Blanchard and the E-Collectif with the Turtle Island Quartet; drummer, producer and conductor Makaya McCraven; and singer Samara Joy.

Questlove, drummer-conductor turned content producer and media star, will attend a screening of his acclaimed film Summer of the soul at Roulette on January 16. An afterparty at House of Yes will feature DJ sets by Questlove, Georgia Anne Muldrow and Madison McFerrin, and a live performance by trumpeter Maurice “Mobetta” Brown.

Other independent Winter Jazzfest concerts include bassist Pino Palladino and multi-instrumentalist Blake Mills, at Poisson Rouge on January 18; the International Contemporary Ensemble, performing new commissions from Kate Gentile and Fay Victor, at Roulette on January 21; and an album release gig for Ben Lamar Gay, with a solo set by Jaimie Branch, on Public Records on January 18th.

NYC Winter Jazzfest has a habit of partnering with other institutions, and in this edition which includes BBC Radio 6 Music, which Gilles Peterson will present an online showcase supported by the PRS Foundation; and M³ (Mutual Mentoring for Musicians), co-founded last year by Jen Shyu and Sara Serpa to address gender inequality and under-representation in creative music, and to foster partnerships between women and non-musicians. binaries. Shyu and Serpa join more than 20 artists under this banner as part of this Winter Jazzfest; others include Michele Rosewoman, Val Jeanty, Monnette Sudler and Caroline Davis.

As always, the flagship event will be a Winter Jazzfest Marathon, spread over several sites on January 14 and 15. Details are to come, but the lineup announcement mentions dozens of musicians, including pianists Craig Taborn, Miki Yamanaka and Nduduzo Makhathini; drummer Louis Hayes and Antonio Sánchez; saxophonists James Brandon Lewis, Lakecia Benjamin and Sam Gendel; and bands like The Bad Plus, Harriet Tubman and Rudresh Mahanthappa’s Hero Trio.

New York’s COVID warrants – including a vaccination requirement and the wearing of masks for staff – are in effect for Winter Jazzfest, according to press documents. For customers, masks will be encouraged but not mandatory.