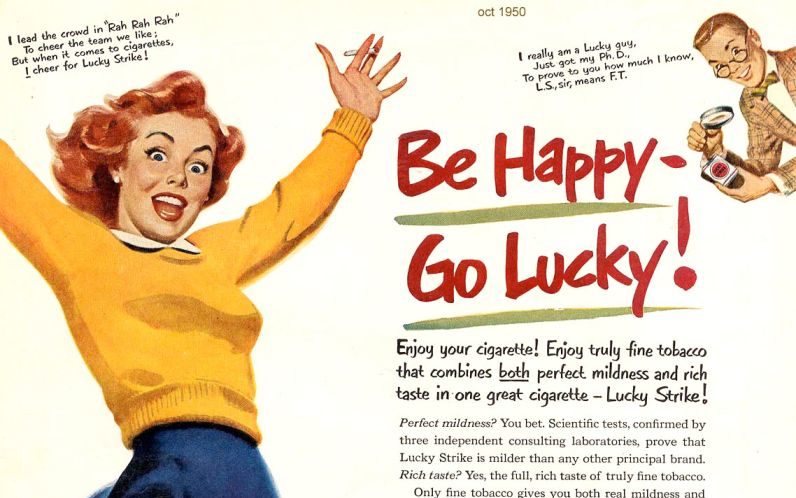 Advertising gets bad press. In his 2015 encyclical â€œLaudato siâ€, a flamboyant indictment against capitalism, Pope Francis proclaimed: â€œSince the market tends to promote extreme consumerism for the purpose of selling its products, people can easily fall back. get caught up in a whirlwind of unnecessary shopping and spending. . Compulsive consumerism is an example of how the techno-economic paradigm affects individuals.

Anti-capitalist Noam Chomsky also criticizes the advertising industry, saying its aim is to trap people into consumerism in order to indoctrinate and exert control over them. Advertising critics see marketing companies as omnipotent and malicious. They are trying to create the impression that consumers are senseless victims in the clutches of the industry. According to this account, advertising companies use propaganda to convince people to buy meaningless products, with the resulting rampant consumption impacting the environment at an unprecedented rate.

To prove the omnipotence of the advertising industry, its critics have been repeating the same myths for more than half a century. One is based on Vance Packard’s 1957 book The Hidden Persuaders, which received extensive media coverage when it was first published. The book described a particularly manipulative advertising method, which involved a cinema projecting advertising images in a fraction of a second onto the screen during film screenings. These images appeared and disappeared so quickly that the public did not even consciously notice them. The press called the subliminal advertisement the “most hidden and hidden persuasion” of those who used techniques such as “invisible monsters”, who “brainwashed”. Whether the method actually worked as claimed, or whether the alleged success was simply the result of false measurement techniques, remains unfounded. Some experiments claiming to prove the success of the method have been fabricated.

Sure, advertising can work, but it’s not as powerful and insidious as its detractors claim – and much more often, it’s actually ineffective. Henry Ford is credited with once saying that â€œhalf the money I spend on advertising is wasted; the problem is, I don’t know which half. And David Ogilvy, the great advertising guru, has repeatedly ridiculed the advertising campaigns created by other advertising professionals in his book Confessions of an advertiser, accusing them of being ineffective, usually doing nothing to increase sales and serving to entertain rather than inform. He accused other advertisers of being more concerned with raising their fees than selling their customers’ products.

Twenty years ago, Howard Schultz, the founder of Starbucks, said that even then it was difficult to launch a product through mainstream advertising because people don’t pay as much attention to it as they do. previously, or do not believe the message. He said he was surprised that customers still believe they are getting a good return on their investment.

In January 2021, American advertising experts Bradley Shaprio, GÃ¼nter Hitsch and Anna E. Tuchmann published a study based on their meticulous scientific analysis of television advertising for 288 consumer goods. Their shocking conclusion: Not only did advertising not pay off for 80% of brands, it even had a negative ROI.

One could argue that targeted online advertising via social media is much more effective today, but that too raises doubts. Just a few years ago, Procter & Gamble and Unilever reduced their online ad spend by 41% and 59%, respectively, and it had no negative impact on their bottom line.

Advertising is not omnipotent, as agencies and anti-capitalists would have us believe – for various reasons – and the image of the foolish consumer seduced by ingenious advertisers to spend all day buying unnecessary items is a gross exaggeration. . If someone is cheated, it is most often the companies that spend so much money on ineffective advertising and only join the advertising game because their competitors are. Advertising companies are most successful at convincing their clients, not their clients’ clients.

When I imagine a world without advertising for products and services, I think of the gloom of socialism, where boring posters dominate the streetscape, proclaiming the party’s propaganda messages. I much prefer advertising under capitalism, which at best achieved art status, as was the case with Andy Warhol, who was himself a commercial artist by profession.

Rainer Zitelmann is the author of more than 20 books including The Power of Capitalism – A Journey Through Recent History Across Five Continents and The Rich in Public Opinion: What We Think About Wealth.