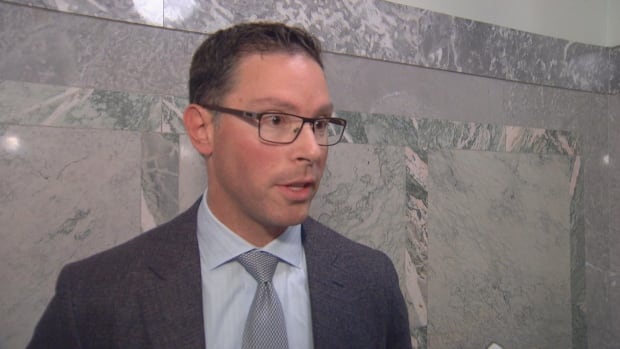 Alberta’s employment minister is leaving politics even earlier than expected.

Doug Schweitzer, in a brief message posted on social media, indicates that he has resigned from the cabinet as Minister of Jobs, Economy and Innovation.

And he says he will step down as United Conservative Party MP for Calgary-Elbow by the end of the month.

Schweitzer had already announced in May that he would not run in the next general election, scheduled for May 2023.

A by-election must be called within six months of the opening of a seat.

He didn’t give a reason why he was leaving early, but noted that the last six to 12 months have been “Alberta’s economic turning point.”

The province’s finances are in much better shape, with the price of oil contributing billions of dollars to Alberta’s bottom line, he said.

“To my supporters and team members, thank you,” Schweitzer wrote in the message posted late Friday afternoon.

“I am immensely proud of what we have achieved together over these many years.”

Premier Jason Kenney, in a statement, said: “Doug played an important role in the creation of the United Conservative Party”, adding that “his contributions to the Government of Alberta have helped put Alberta back on the right track. economic growth and prosperity”.

It was an honor to serve alongside @jkenney and my colleagues. pic.twitter.com/E1fx9WwpM9

Schweitzer is a lawyer deeply rooted in politics.

He was a longtime Conservative strategist in Manitoba and, in Alberta, he led former Premier Jim Prentice’s 2014 leadership campaign.

He came in far behind Kenney in the 2017 race to become the UCP’s first leader. He then served in Kenney’s cabinet as Minister of Justice before moving to the jobs portfolio.

Schweitzer’s move comes as the party heads toward an Oct. 6 vote to replace Kenney as party leader and premier.