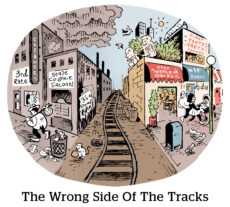 The countless antitrust cases filed against the Silicon Valley giants rarely result in legal action. Most of the time what you see are record fines – for regulators, that is. But these fines hardly break the bank for Big Tech. What is $ 300 million here and $ 1 billion over there? It is monopoly money, after all. Most often, the darts that stick come from exposed internal emails. Apple has won nine out of 10 counts in its case with Epic, and it is appealing in tenth. But toothpaste can’t go back down the pipe when it comes to emails leaked during the trial, many of which go back years and years, which describe Apple executives as indifferent to developer complaints. And now the antitrust case against Google led by state attorneys general in the United States may have uncovered some useful material for the investigations of their European counterparts, The New York Times reports. A note from Google said the company had “succeeded in slowing down and delaying” the EU’s electronic privacy regulation and “was working behind the scenes, hand in hand with other companies” to do so. These lines probably looked like standard fare at the time, but could come back to haunt them. Another email reveals Google’s mistrust of Microsoft.

Another day another tech ad or mar tech IPO. Coming soon: Braze, the mobile-focused customer engagement platform. The company filed a registration statement with the SEC on Friday to raise up to $ 100 million for its initial public offering. Read the press release (and if you have a lot of spare time, here is the S-1 for good measure). No pricing conditions have been disclosed at this time, but its ticker symbol will be “BRZE”, in case you’re curious. According to its S-1, Braze generated $ 150.2 million in the past year, up from $ 96.4 million in the previous year, a 56% year-over-year increase. Braze is alluding to the reasons for this growth and, you guessed it, COVID-19 has played a big role. Combined with the ever-growing abundance of options available to consumers, the pandemic has accelerated the global transition to mobile and digital transactions. Traders can only hope to keep pace. In other IPO news: Centro – sorry, Basis, the company changed its name last week – confidentially submitted a draft S-1 registration statement last Thursday. [AdExchanger has more on that.]

On which side of the track?

Digital media and news publishers have cut back on their ad trackers. Services like Ghostery, not to mention built-in browser tools, are calling editors for activating dozens of obscure vendors. But even the most recognizable nonprofits are riddled with ad trackers and have become major data sources for third-party data intermediaries, Markup reports. This is a delicate question. These remarketing tags and tracking pixels segment users for ad targeting, and many nonprofits can inadvertently expose sensitive information. Think about family planning, addiction services, or groups dedicated to mental health crises. But nonprofits need advertising tools, said Tracy Plevel, vice president of community development at Gateway Rehab, one such organization. â€œWe are faced with for-profit providers with large advertising budgets as well as drug treatment brokers who grab those seeking care with similar online advertising tactics and connect them with the provider who offers the best compensation for “sales”. It is not beautiful, for anyone.

But wait, there is more!

Cara Pratt of Kroger Precision Marketing on Convergence of Commerce and Content. [Digiday]

Google charges more than double its competitors in advertising deals and wins 80% of its own auctions. [WSJ]

And in other Google news, Google just pulled its YouTube apps from Roku devices following a months-long dispute. [Insider]

Instagram is testing tools to make it easier for creators to find sponsors. [Engadget]

“We have to have this knife fight”: An internal Facebook shot reveals the machinations of a company determined to push back Apple’s new privacy control. [Puck]

Hear the incredible Corvette Z06 C8 V-8 on a Dyno