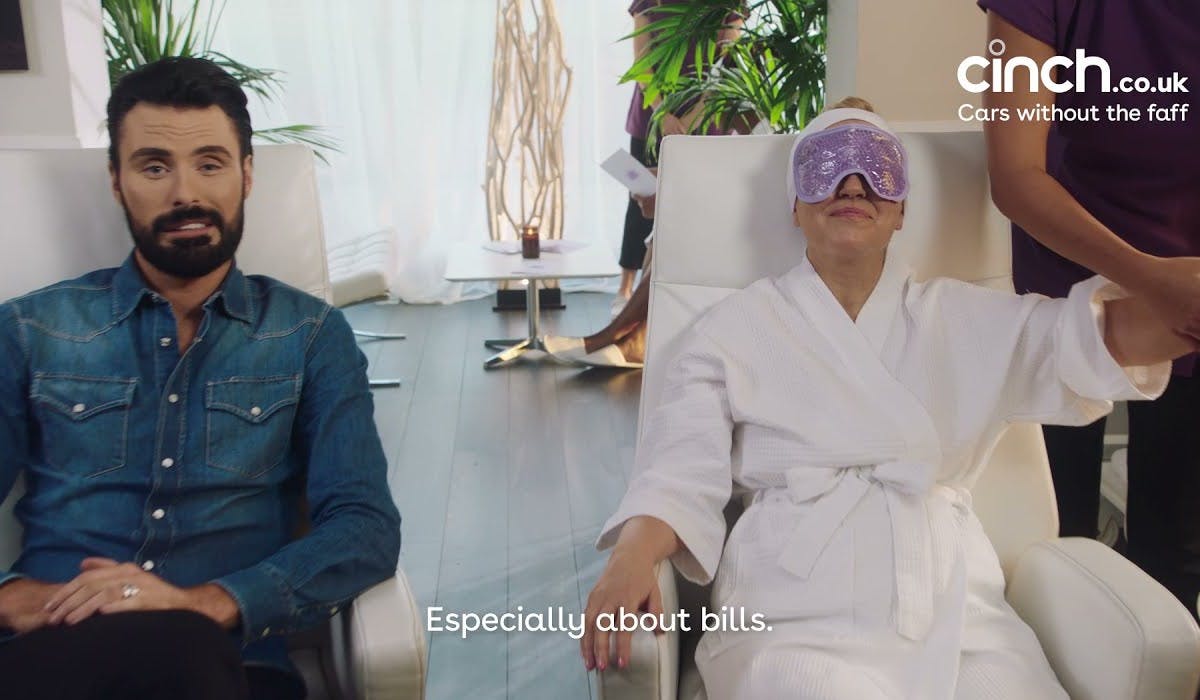 Linear TV advertising investments by companies born online have increased 37% since 2019, with some categories increasing their spending by as much as 279%.

Analytics firm Nielsen and TV marketing organization Thinkbox define businesses born online as those that started online, with no bricks-and-mortar presence. According to new data provided by Nielsen, the fastest growing online category in TV spending is exercise brands, which collectively increased their spending by 279% to Â£ 12.4million. The category includes brands such as Peloton and Echelon.

Online used car services are another category that has seen tremendous growth, with brands such as Cazoo, Carwow, Cinch and Webuyanycar collectively increasing their spending by 235% compared to the same period in 2019. , reaching Â£ 36.3million in total.

The categories seeing the next biggest spending increases are gifts and greeting cards, with brands such as Moonpig and Thortful increasing investment by 209% to Â£ 11.5million, food delivery services in online such as Deliveroo, Just Eat and Gousto, which saw their investments increase 194% to Â£ 65.1million and streaming platforms such as Disney +, Netflix and Amazon Prime, which increased their collective spending by 137% to Â£ 32.1million.

Meanwhile, online marketplaces such as Amazon, eBay, Etsy, Vinted and Gumtree increased their TV spending by 103% to Â£ 63.1million.

Notable outliers include travel agencies (Expedia, AirBnB, Hotels.com, Booking.com), which reduced their investments by 57%, as well as financial brands (Experian, ClearScore, Credit Karma) which lowered their spending. by 9%.

In total, online-born businesses invested Â£ 559.9million in UK TV advertising between January and July of this year, an increase of Â£ 151million. Collectively, these companies now account for 20% of all linear advertising spend on television, ahead of food (10.1%), finance (8.5%) and entertainment and recreation (7.2%).

â€œIn order to grow and meet the demands of venture capitalists – or for some, to sustain revenue now that the company is reopening – increasing net reach has become an even higher priority for companies. brands online, and television is particularly effective at this, â€said Columnist and Marketing Week strategist JP Castlin of the surge in investment.

Indeed, Thinkbox Director of Research and Planning Matt Hill says there is “no doubt” that companies born online have globally increased their marketing investments due to the pandemic, the scale of the outbreaks. additional investment in television “clearly shows that they see television as a valuable means of stimulating growth”.

By comparison, while spending on radio has increased 64% over the same period, that only adds up to an additional Â£ 30million. Hill therefore describes the increase in TV spending as a “dramatic change in momentum” and a “tipping point”.

â€œWe don’t just see toes in the waters of television. Even at launch, many have taken the plunge with major investments, â€he says. For example, online start-up Ismybillfair is due to launch its first TV campaign this week as the challenger brand seeks to disrupt the comparison shopping market, with its marketing spend dropping from Â£ 100,000 per month to “well over- above “half a million pounds. Therefore.

â€œThis is important, not least because many companies born online are backed by venture capitalists – investors known for tight spending controls. The fact that they spend large budgets on television shows that they buy into what television offers. “

Although he is in his early stages in the UK in terms of an e-commerce boom, Hill adds that he is “confident” that there will be continued growth as TV broadcasters see signs that companies born in line who first tried television last year “enjoy the results” and increase their investment. Meet the startup that is growing in television to disrupt the price comparison market

According to James Hankin, founder and consultant strategist at Vizer Consulting, what these brands hope television can bring them is â€œmental real estateâ€.

â€œPut simply, if you don’t have physical stores that communicate by mere presence, you have to use other ‘real estate’ to balance the balance. Ergo, â€œmental real estateâ€, or memory, â€he explains. â€œTelevision and broadcast communications are usually the best for building this in the context provided. “

Hankin adds that once an online brand in one category has â€œwonâ€ the mental space available among consumers, it becomes very difficult for other brands in the market to gain market share.

This can be seen among some of the big digital aggregators, he says – MoneySuperMarket has been the market leader in comparison shopping for more than a decade, with little being gained in terms of share. It’s a similar story for Zoopla, as it takes on rival and market-leading real estate platform RightMove.

“[TV] is something that has always worried many brands online because of the high cost – they have usually not been used to large capital investments, â€Hankin continues. “But if you lose the initial fight, you have to work very hard to overcome the next one, and even then that’s no guarantee.”

Overall, forecasts suggest TV advertising investment will end 2021 up 18% from 2020, reversing more than the 11% drop induced by the pandemic.