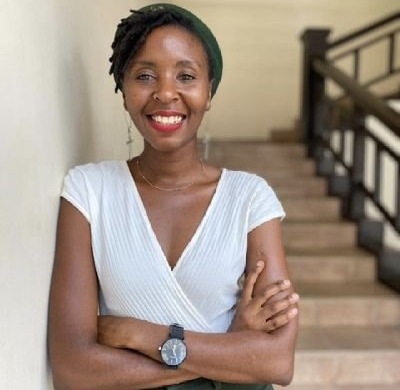 Dar es Salaam. Studies show that gender inequality is still present in Tanzanian society. In these circumstances, there are fewer opportunities for women and girls than for men and boys.

One of these women is Tulanana Bohela. She is Co-Founder and Director of Operations and Immersive Media at Ona Stories, a storytelling company pioneering the use of Virtual Reality (VR) and Augmented Reality (AR).

Tulanana is also a journalist, filmmaker and digital content producer with around 10 years of experience in the media industry.

“Growing up and being the first born in my family, I had access to a good education and was exposed to different opportunities. In a way, my life started to make me think of things. other people who have been made to believe that they are incapable of being “somebody” or creating “something” for themselves. So I decided to pave the way for young talents who seek to improve their lives,” says Tulanana.

In Tanzania, there is a widespread belief that for a person to be successful, all that matters is not their knowledge, but rather the type of people they are connected with. Tulanana has decided to be someone young people can connect with in a way that will lead to success.

In 2014, Tulanana and Princely Glorious, the other co-founder of Ona Stories, saw an opportunity in creating a company that would focus on content creation and storytelling about Tanzania backed by Extended Reality technology. .

“We were both intrigued by the impact that using technology to create a story could have on people’s lives. In 2016, we both traveled to South Africa for a conference called “Media Party Africa”. We met different stakeholders from different countries who easily understood our language and encouraged us to work on our ideas,” she says.

At that time, Tulanana was working with the BBC as a journalist and multimedia producer. Princely worked for Nabaki Africa as a communications manager.

Shortly after, both tendered their resignations and made their debut in the world of storytelling and technology by publishing their first work titled “Dodoma Kunani?” which highlighted the relocation of the capital from Dar es Salaam to Dodoma.

“Before the creation of Ona Stories, I had a stable job for about eight years. So leaving that job and being part of a company that was developed from the ground up was a very difficult thought. I was so excited and excited that I was finally going to change the game! I didn’t know that it took more than willpower and knowledge for a business to be self-sufficient,” says Tulanana.

Despite the challenges she and Princely have faced, Tulanana reveals that what motivates her to work towards the company’s goals is the team they have built.

She explains that seeing young creatives grow at Ona Stories is one of the things that motivates her to work and see their dream come true.

“It’s a great visit from young creatives who are experts in their work as they also become multi-taskers in different areas. It’s even more encouraging to have a hand in shaping their work,” she says .

“For example, we now have a university student who has worked at Ona Stories for two years as a financial manager. Seeing his response to every challenge thrown at him is like witnessing his growth in his profession. Honestly, I envision him as one of the biggest players in the country’s financial sector in the future,” says Tulanana.

As one of the growing number of female business leaders in the country, Tulanana says Tanzania still lags behind in terms of gender equality.

“We are still at the time when society is strangely shocked or intimidated when a woman is chosen to be a leader. This shows that the number of women in leadership positions needs to increase as these leaders will only be identified as leaders and not as ‘women leaders’,” she explains.

Tulanana recalls an intriguing incident when she and Princely were traveling the backcountry with a private driver. She sat in the backseat and Princely sat in the passenger seat next to the driver.

“I remember asking the driver to stop the car about three times for a quick call. He didn’t even look in my direction. But when Princely asked her once, the car was stopped. I was pissed and gave him a piece of my mind, just like Princely,” she said.

According to her, gender inequality comes from the family institution and is a tradition that is passed down from generation to generation.

“We are brought up differently and the education stage is one of the most important stages for a person as they grow up.

The things people hear and see in their families affect how they see the world and perceive ideas. On the one hand, I had the privilege of growing up in a family where men and women are viewed the same way.

“When I was chosen to be the principal of my school, my father said to me ‘it’s good, you are one step away from being president of the nation’. He encouraged me to say that even though I was excited for a simple position of Head Girl, there was a more important position that I could hold one day. It usually starts with how individuals are raised,” she says.

For women to occupy the highest peaks of leadership positions, Tulanana says it will take dismantling the fabric of misogyny and inequality.

“There needs to be a strategic move that will pave the way for gender equality in Tanzania. We see countries like Rwanda having the “50-50” strategy in Parliament.

It will be ‘an uncomfortable situation’ for many people seeing an increase in the number of female leaders in the country, but it will definitely be one of the best decisions ever made,” she explains.

To every little girl who aspires to one day become a leader; a government leader or business founder, Tulanana advises that it usually starts from within.

“They must first observe their environment and the things they consume and align them with their goals. This includes friends, things they read, things they expose themselves to, etc. These things subconsciously affect how they view life in general,” she says.

Tulanana further points out that “women should do things that scare them in a good way. You may be afraid to stand and speak in front of a crowd, do just that. You may have a business idea that gives you insomnia, establish it. You will discover the greatness of it all as you go.