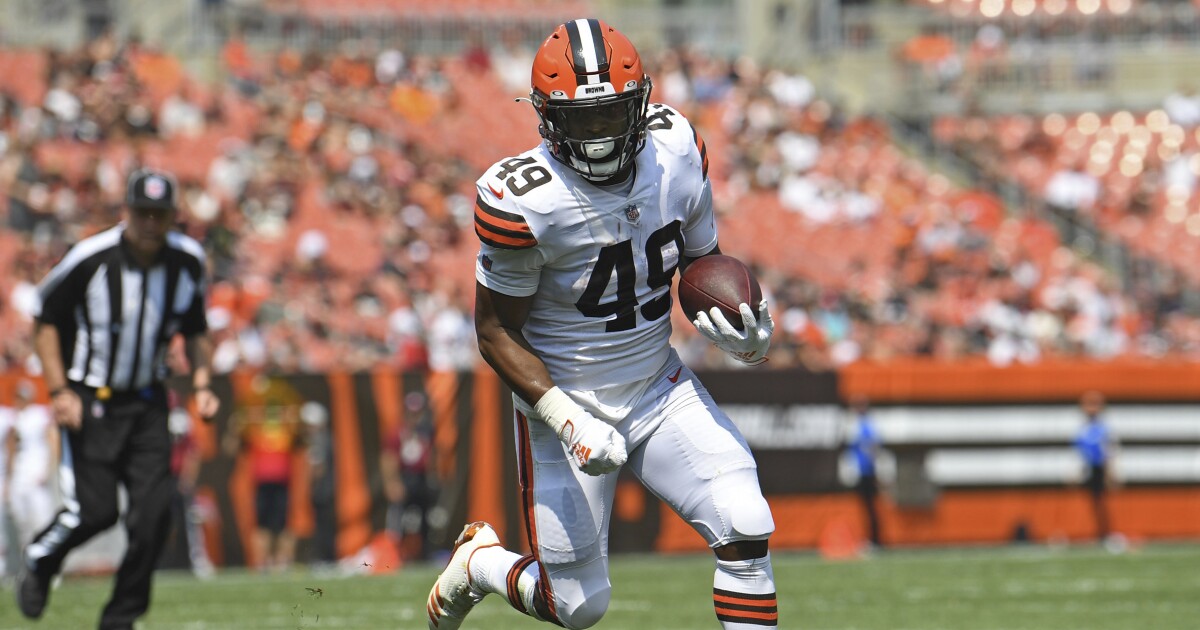 CLEVELAND – The Cleveland Browns made several roster changes ahead of their Sunday game against the Detroit Lions.

On Saturday, the Browns gave up running back John Kelly. Kelly was signed to the active list after placing Kareem Hunt on the injured reserve. He played 15 snaps on special teams against the Bengals and the next day was placed on the Reserve / COVID-19 list.

Running backs Nick Chubb and Demetric Felton were also placed on the COVID-19 roster, but after being taken off the roster on Friday, and with Hunt advancing and nearing an IR return, the Browns have opted out of the roster. not have Kelly on the active list.

If Kelly is to return to the Browns’ practice squad, he will need to clear the waivers before signing again.

Elevations are part of a rule that allows a team to have up to 55 players on the roster in any given week before the pre-match trade deadline, giving the team more choice when the selection of their 47 or 48 active players per match day. . After the match, players elevated to the active roster for this purpose will return to the practice team the day after the match.

The Browns face the Lions at FirstEnergy Stadium on Sunday at 1 p.m.