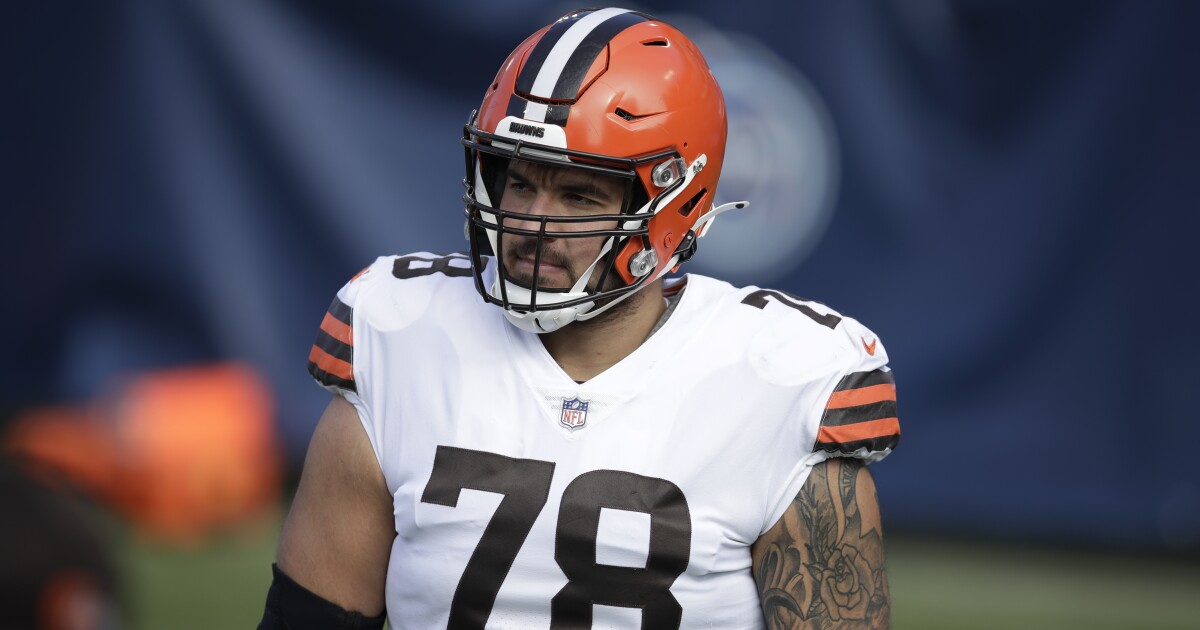 BALTIMORE – Cleveland Browns right tackle Jack Conklin was hauled to the locker room with a knee injury during Sunday night’s game against the Baltimore Ravens.

Conklin was making his comeback from injury after being out for three weeks with a dislocated elbow suffered in the Halloween game against the Pittsburgh Steelers. He was placed on the reserve injured list on November 6 and was removed from the list on Saturday.

On Sunday, in the Browns’ second offensive practice of the night, Conklin lost in a 3rd and 7th play on the 23-yard Cleveland line.

After the game, Conklin stayed on the ground, grabbing his leg. He struggled to put weight on it after the coaches entered the pitch to check him out.

After helping Conklin withdraw, coaches called the medical cart, who returned the offensive lineman to the locker room for further evaluation.

The Browns ruled out Conklin with a knee injury soon after.

With Conklin out, Blake Hance was called in to replace him.