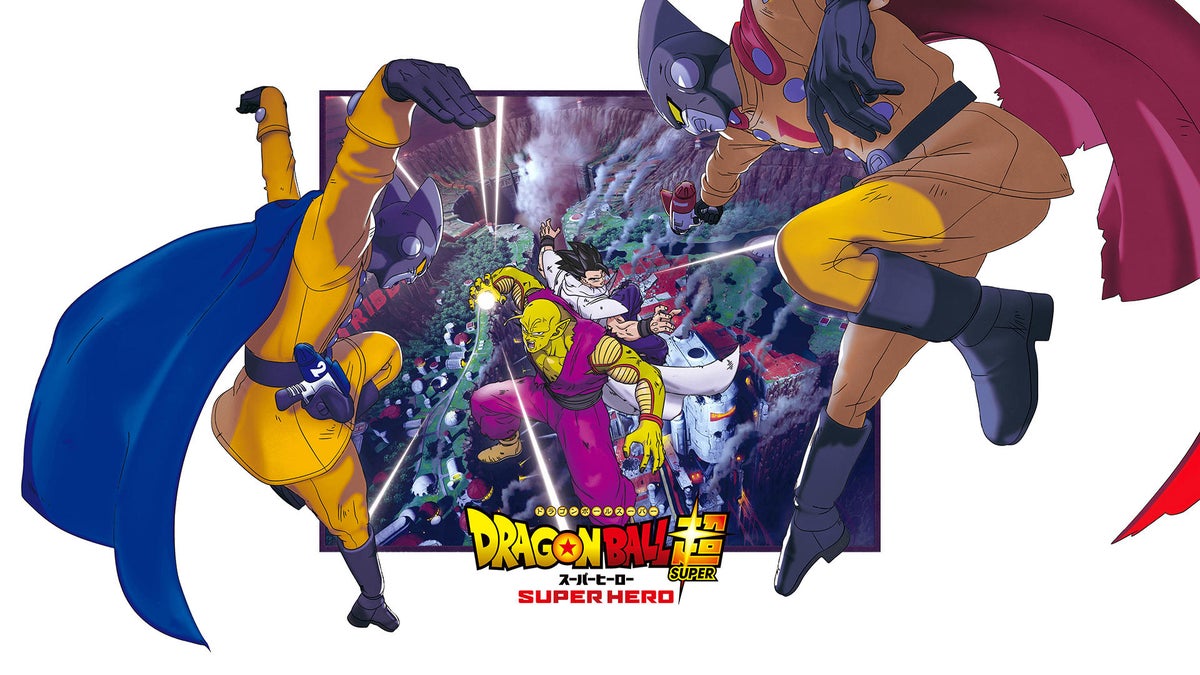 Dragon Ball Super: Super heroes is already a hit film in Japan – but American audiences are still eagerly awaiting its debut in theaters in the American market. With Dragon Ball Super: Super Hero yet to make its official theatrical debut in the United States, there was plenty of room for the Dragon Ball Super franchise to make a splash at San Diego Comic-Con 2022! And, since fans already know the movie was released in Japan (and probably more than a few of the exciting SPOILERS from this one), there was also an opportunity to make sure the Comic-Con crowd in Hall H had some exciting footage to watch!

Norhiro Hayashida (producer) was welcomed on stage first. He expressed his gratitude for being back with so many fans at Comic-Con (like Dragon Ball Super: Broly had the opportunity to). He talked about the challenge of creating a new take on Dragon Ball through the blending of traditional animation and CGI animation – the latter being a first for the Dragon Ball franchise. Hayashida admitted that the mix often doesn’t look great, but he’s confident that Dragon Ball Super: Super Hero did it justice.

There was a reiteration of the film’s premise, which will see two new android superhero characters (Gamma 1 and Gamma 2) appear on the scene, while Gohan and Piccolo and their unique bond will be central to the film. Hayashida teases the return of the Red Ribbon Army, the epic action in the combat sequences, and adds that the balance between story and action is very refined.

A video message from the Dragon Ball icon and Goku/Gohan voice actor attempted to play…but failed. Masako Nozawa continues after a brief introduction, thanking fans for their continued support, while lamenting that she couldn’t be at the SDCC. Nozawa had the honor of presenting the first images of Dragon Ball Super: Super Hero to the American public. She concluded her video message with a classic Goku Kamehameha!

The English dub ‘Voice of Vegeta’ and voice actor Piccolo Chris Sabat was featured along with Japanese voice actor Piccolo Toshio Furukawa. Furukawa showed up in no small way, bragging about his impressive resume of voice acting credits. It was a pretty masterful delivery in English.

The highlight of having Piccolo’s two voices on stage together has been mentioned. Furukawa said it was more impressive for him to see the love and the crowds at SDCC. Chris Sabat remarked that he had heard Furukawa’s voice in his ear for decades while doing his voice acting work, and what a milestone it is to be on stage with him.

Furukawa talks (jokingly) about his worry when the Dragon Ball Super anime ended – until he got the call for Dragon Ball Super: Super Hero and found out he would have a major role. Sabat felt the same – although he panicked A LOT before calming down and seizing the opportunity. He mentions how Dragon Ball has long had a sector of the fandom that is “Team Gohan” or “Team Piccolo” and how this movie has served them.

In terms of preparation, there was clearly a lot more to do this time around for Sabat and Furukawa. Sabat said the challenge was for him to hold on to Furukawa’s passionate work. Furukawa was shy, saying he didn’t know he was so admired for the job, but he will keep trying to live up to the praise.

Furukawa ended the panel by confirming that he had over 3,000 pieces of Piccolo products.

20 minutes of the film were screened.

The first 20 minutes of Dragon Ball Super: Super Hero follows the story of the Red Ribbon Army and its surviving faction, led by Magenta. Magenta comes into contact with Dr. Gero’s grandson, Dr. Hedo, who has just been released from prison for using his super genius to make Frankenstein-style corpse androids.

One Medical deal gives him access to my most personal information