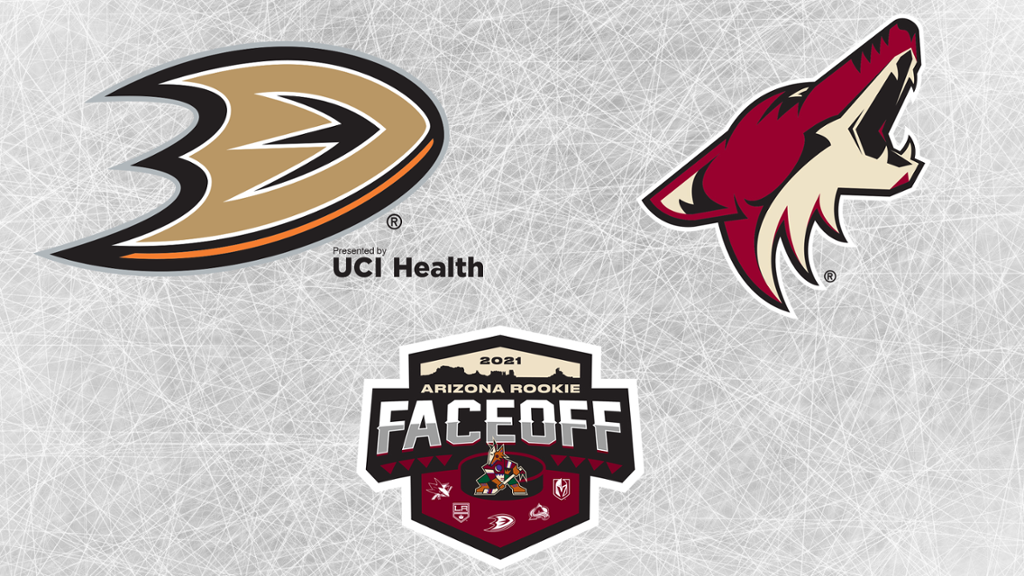 The Ducks beat the buzzer to cap the 2021 rookie clash with a spectacular 5-4 win over the Arizona Coyotes.

The Ducks rounded off the rookie showdown with a 2-0-1 record, the best among six participating clubs, to move to 11-0-2 in their last 13 rookie tournament games since 2016.

The teams traded power-play goals in the first period, with Anaheim converting two more chances to man to carry a 2-1 lead in the first intermission.

Olen Zellweger opened the scoring with a long wrist shot just inside the blue line. The 2021 second-round pick collected points in each of Anaheim’s three Rookie Faceoff contests.

After Arizona tied the game, Max Golod put Anaheim ahead again, winning the race with a loose puck in front of the net for his first goal of the tournament.

The Coyotes continued the special teams swing in the second period with a shorthanded goal.

Zellweger and Alex Limoges combined for a 4-on-4 goal halfway through the middle, giving Anaheim a 3-2 lead after 40 minutes.

Anaheim couldn’t protect the third period advantage. Despite a Bryce Kindopp goal to restore a one-goal advantage with seven minutes left in regulation, Arizona tied the score for the fourth time, apparently forcing Anaheim into overtime for the second straight day.

Much like they did on Sunday night, scoring twice in the dying moments of the game to tie the game, the Anaheim youths kept pushing. Limoges and Sasha Pastujov created an offensive take-out zone and put the puck in front of the net where the rookie camp invites Logan Nijhoff did the rest, winning the puck race and beating the buzzer to secure the Ducks victory.

Gage Alexander and Roman Durny shared the afternoon in goal for Anaheim.