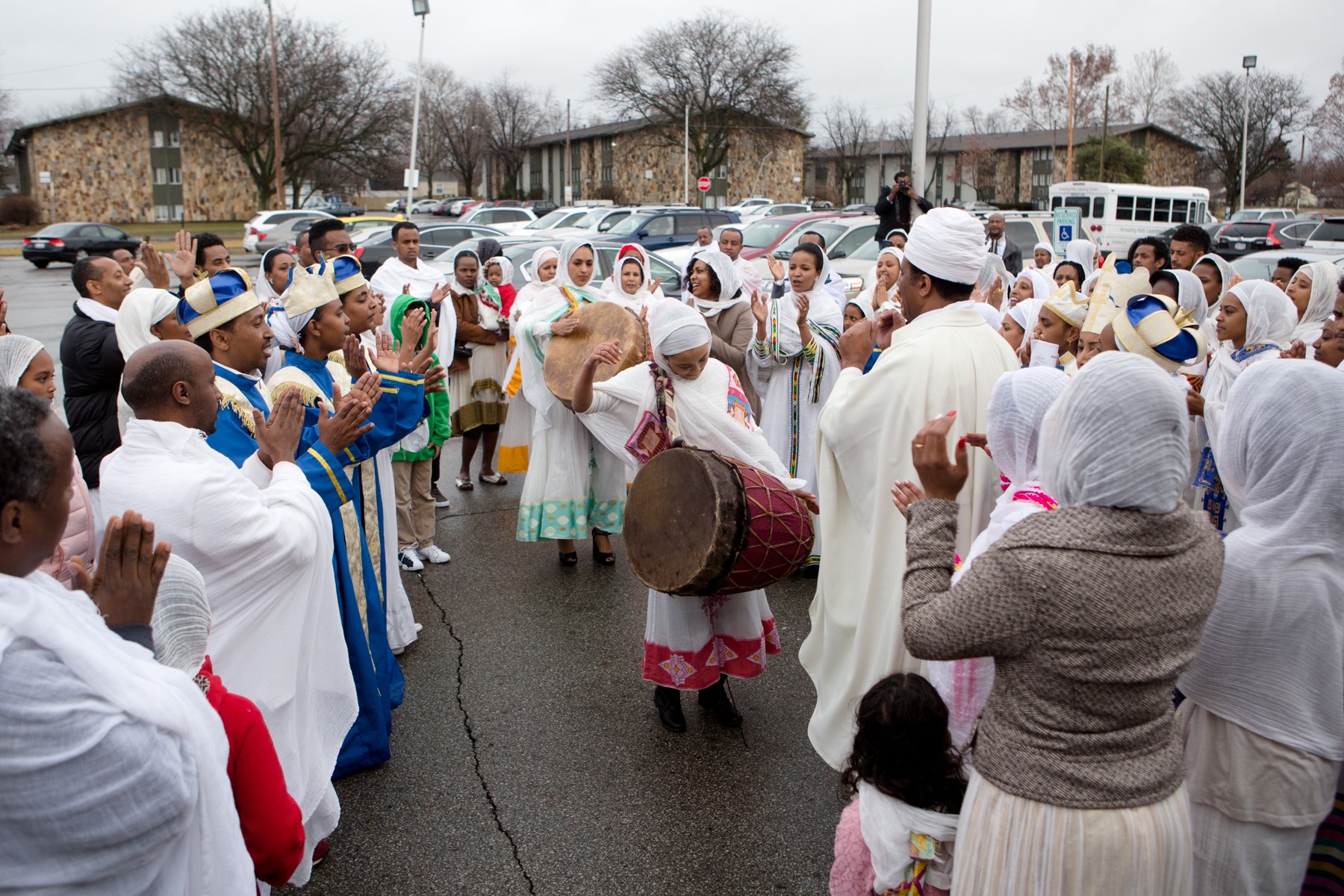 Religion and sound are evocatively linked.

Church bells. Public proselytism. Calls to prayer. tantric song. What is religion like and how can we learn new truths about the diversity of religions in the United States when we listen?

Isaac Weiner, associate professor at Department of Comparative Studies at Ohio State, probed these questions with the American Religious Sounds Project (ARSP). Through hundreds of field recordings across the country that capture the sounds of religion in places such as homes, churches, temples, public demonstrations and community events, ARSP is building a sound record tangible that maps and contextualizes religion in profound and innovative ways.

Today, after eight years of research and hundreds of audio recordings, the ARSP has Religious soundscapesa reflective exposure to Urban Arts Space which presents a series of thematic audio essays and invites visitors to experience religion as a social, spatial, political and embodied phenomenon of audible complexity. The interactive and immersive exhibition opens with a WELCOME from 5 p.m. to 7 p.m. on Tuesday May 24 and until July 16.

“Religion sounds different depending on where it’s practiced,” said Weiner, co-founder and co-director of ARSP with Amy DeRogatis, chairman and professor of American religion and culture in the Department of Religious Studies at Michigan State University. “Institutional spaces like churches, synagogues, and mosques can feature formal worship and formal liturgy. Homes and domestic spaces are much more intimate and familial. Thus, we have organized the exhibition not by discrete and delimited religious traditions, but by commonalities between traditions according to the different spaces in which religion is practiced. It’s a wonderful insight into thinking about what religion looks like.

Co-curators Alison Furlong, ARSP Project Coordinator, and Lauren Pond, ARSP Content Producer, along with Vicki Brennan from the University of Vermont and Ely Lyonblum from the University of Toronto, listened to hours of field recordings and identified the importance of place as a central theme around from which to organize the exhibition.

The project includes more than 100 central Ohio recordings – from worship music inside a Methodist church and a singing bowl circle in Whetstone Park to Buddhist ritual chants in a home in Worthington and a druidic ceremonial invocation at ComFest in Goodale Park. Religious Soundscapes captures the spatial, cultural and linguistic diversity of religion elucidated by ARSP and presents it to a wide audience. The exhibition also invites recorded communities, students who produced recordings, and colleagues and scholars who collaborated on the project.

“When you pay attention to sound, it allows you to think about religious practices in a way that goes beyond texts and institutions,” DeRogatis said. “Listening to this different feeling allows us to explore such broad and simple questions as ‘What is religion and religious practice?’ … It’s a question that really engages the audience because people like to think about sounds from their own traditions, and they like to talk about how hearing sounds that don’t come from their religious traditions affects them.

The ARSP team is also partnering with the Smithsonian Institution to create a traveling exhibit that uses interactive posters to give users a visual and aural experience of religious life. Each poster includes a QR code and, when scanned with a smartphone or tablet, viewers can listen to field recordings associated with each poster. Community centers, libraries and schools will be able to request printed copies of the posters from the Smithsonian free of charge. Weiner said this is the first time the Smithsonian has created a traveling poster exhibit that has a sound component.

“The work Isaac and I have done has built bridges and has been an example for both of these institutions of how resource sharing and collaboration can be achieved for the benefit of all,” DeRogatis said.

For Weiner and DeRogatis, the Religious Soundscapes exhibition marks the end of a long and fruitful journey that has redefined their approaches to scholarship. Beginning as a classroom exercise, the ARSP has grown into a large-scale collaborative initiative that has inspired spin-off research projects, engaged community partners, and informed new pedagogical methodologies for religious studies.

“I look back and express immense pride in all that we have accomplished,” Weiner said. “The actual products we’ve created, along with the collaborative networks between faculty, students and the community that we’ve fostered, it’s a time to celebrate that work.”

The American Religious Sounds Project is supported by funding from the Ohio State Center for the Study of Religion from Henri Luce Foundation. Further support was provided by the Humanities Without Walls Consortium, based at the Illinois Humanities Research Program at the University of Illinois at Urbana-Champaign and funded by the Andrew W. Mellon Foundation. Hardware support is also provided by the State of Michigan and the State of Ohio.

How Student Loans Affect Your Credit Score: Everything You Need to Know — Hometown Station | KHTS FM 98.1 & AM 1220 — Santa Clarita Radio