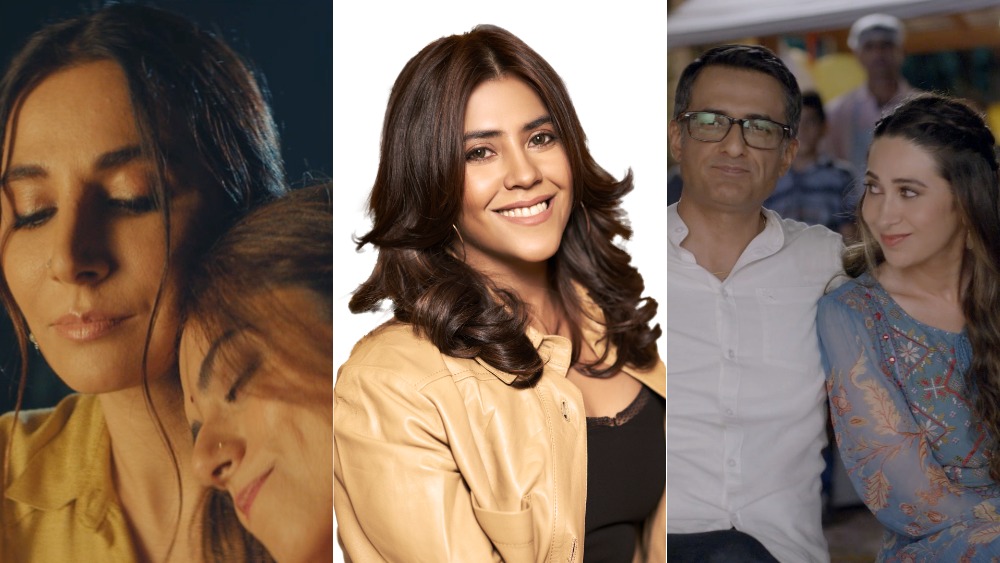 ALTBalaji, the streaming service launched by Ekta R. Kapoor, the undisputed queen of Indian television, turned five a few days ago. The streamer is part of Balaji Telefilms, which was started by her and her parents Jeetendra Kapoor and Shoba Kapoor in 1994 and is the largest television content producer in South Asia.

Recently, ALTBalaji, previously only SVOD, added an AVOD offer, which targets 10 million monthly active users. In total, the platform has 35 million subscribers with 2.9 subscriptions sold in the first quarter of 2022 alone. From launch, the streamer’s goal was to tap into smaller towns, beyond metropolitan urban agglomerations. He has been so successful that his biggest rivals are imitating him.

There are 91 streaming originals, with several more on the way. SVOD plans are eminently affordable, costing $4 for 12 months, $2.60 for six months, or $1.30 for two months.

During the five years of ALTBalaji, what have been your greatest opportunities? And what were the biggest challenges?
Our biggest opportunity was to capture downtown India, which no one wanted to respond to. Because everyone wanted the urban Indian, early adopter, who was probably used to watching shows on the net. And the biggest challenge was that we didn’t have the deep pockets or the tech expertise to build the app and get the solid data. So it took us a little longer to do research and development.

What made you decide to also start an AVOD model?
Freemium will be the way to go. Really interesting sticky content that people want to pay for. But there are a lot of shows that after a while can fit into the ad model. And really capitalizing and leveraging your content in both areas is something we realize would be a way forward. Having one original form of unlocking value versus multiple forms of unlocking value, like in first subscription, then advertising and then probably e-commerce, will be the way to go for all applications.

What are your expansion plans in India to increase your subscriber base? Do you plan to go further than the second and third tier cities? And can you tell us about your programming plans beyond the Hindi language?
It is certain that in the next few years, moving out of early adopters and into mass India, which is now embracing this medium, will be the way forward. Individual viewing is out there, which means even the smallest person in town watching content with their family on TV will want to watch different content alone on their mobile. It is the public that we have reached. Now let’s just build our base.

With the budgets we have, Hindi would be our main sphere with lots of voice acting on the app. But in the next three years, the roadmap is definitely to go into different languages ​​or adapt the same content into multiple languages. Because, as South Indian movies have shown us, it doesn’t matter if the movie or series is shot in a different language, even a good voice acting and a universal story connect.

Will the composition of programming change to meet the needs of smaller center audiences?
We will always continue to satisfy the masses. We never wanted to respond only to [elite] classes, we kept our app cheap. And now, definitely men, we also move on to women, who are ditching the TV to watch shows they want to watch on their own. Since we are a paid application, a lot of men, since they inherently have payment accessibility in India, or should I say they are the ones who pay in a house, have become the first audience to satisfy. But now more and more young people and women are becoming an interesting audience, so our landscape hasn’t changed. But, yes, we are adding more types of viewers to our mix.

While producing racy programming, ALTBalaji also tackles a variety of bold topics with societal impact like sexual orientation and gender, among others. Is this likely to continue?
We are big believers in representation. And we did two shows about the LGBT community. One was “His Storyy” and the other was “The Married Woman”. Unfortunately, the LGBT community is still a minority. We have tried to create a certain representation that is not caricatural. “Gandi Baat” was a very, very progressive thought, even if it was done with some nervousness. Unfortunately for us in India, people have a lot of problems with sexual content. Personally, I think there shouldn’t be a problem with sexual content, but we should have a bigger problem with sex crime. And we haven’t been able to distinguish between the two. So, keeping with current censorship laws, we’ve reduced bold topics on the app, but we definitely believe in tackling social issues on various shows, and doing it in such an entertaining way that she doesn’t sound judgmental. The second season of “Mentalhood” will capture parenthood in a very different way. We’ll do more LGBTQ shows, and so on.

Among your competitors, Amazon has announced plans to go deep into India. And there are plenty of cheap localized streamers out there. What is your strategy to counter the competition?
There is no monopoly on digital and luckily you don’t need it because there is a huge Indian population of 1.3 billion in India. To satisfy them, you need at least 20-30 applications. Because it’s not television, it will be one-on-one programming with a very individualistic taste and while some shows that will be high end will appeal to all, more shows will appeal to a certain section only and will be uniquely placed like this. Creating content for such a large base would be highly impossible for a single app, which means there’s enough play for everyone.

Balaji remains the undisputed market leader in Indian television. How do you think the grammar of TV content has changed under the influence of streaming and social media?
Streaming is a very, very different audience – in some ways, even the same TV audience watches shows on the internet with a different mindset. Television is very, very vanilla. It is one size fits all. It’s a far cry from one-on-one programming and is aimed primarily at older, immobile family viewers. We all want to see non-threatening content on TV, whereas digital content will be more and more edgy, much more individualistic, slightly darker and certainly more empowering as it will cater to different sensitivities even in the same person, forget different audiences. I don’t see them eating each other’s markets. And I don’t see TV changing much with the advent of OTT.

What are your plans for international expansion?
We are available in many countries. We will now add shows to see that we are finally capturing this audience in a more systematic way. But before that, we have to finish building our base in India itself, because that’s our main skill: to understand the mindset of mass India.