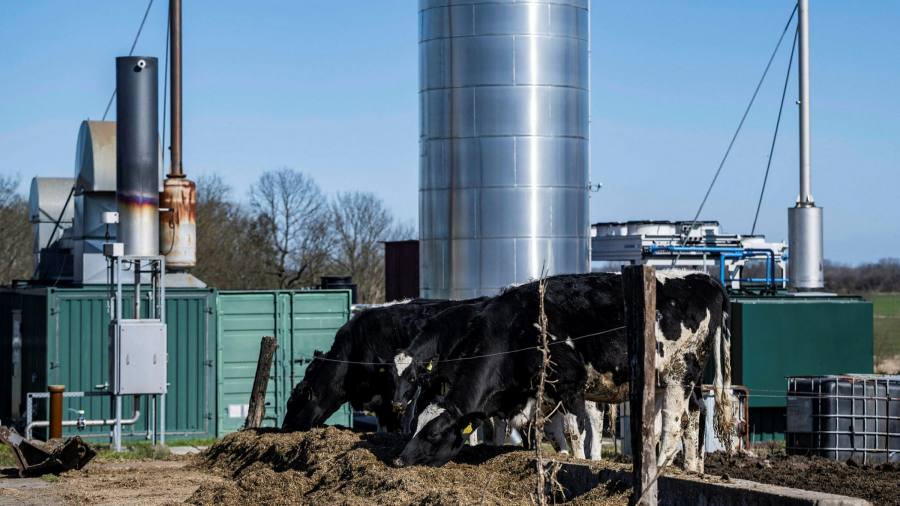 Europe’s biggest biogas producer has warned it will take years to dramatically increase production, despite EU pressure for a rapid increase in production to reduce dependence on Russian gas.

Biomethane is chemically identical to natural gas but produced by the controlled decomposition of animal and industrial waste. The EU wants production to more than double and contribute about 3% of the targeted two-thirds reduction in Russian gas imports by the end of the year.

However, Ole Hvelplund, chief executive of Danish biomethane producer Nature Energy, said the target was unrealistic because it takes at least two years to get permits and build plants.

“The main factor to increase production is to build more factories. You don’t do that in the summer. It takes time,” he told the Financial Times. “It won’t double up on existing factories because you have a lot of physical constraints. In the short term until next winter, what we can do will be limited. »

With Moscow cutting off supplies to Europe, every cubic meter of the EU’s plan to replace 101.5 billion cubic meters of Russian gas this year will be important if the bloc is to avoid blackouts and shutdowns. heavy industry during the winter when demand increases.

A European Commission official said targets for reducing dependence on Russian gas by the end of the year, including increasing biomethane production by 3.5 billion m3, were not not binding “but rather estimates of what we think we can achieve”.

Biogas is produced primarily from waste from crops, animal waste and industrial activity through ‘anaerobic digestion’, a process by which bacteria break down organic matter in an oxygen-free environment. This is then purified into biomethane by extraction of carbon dioxide, and can then be processed in the same way as natural gas in the pipeline network.

However, the fledgling technology has been criticized for its environmental credentials. A recent report from Imperial College, for example, found a higher level of methane leaks – a far more potent greenhouse gas than CO₂ – than previously thought.

The biomethane industry is trying to move from a fragmented cottage industry to industrial-scale operations. Nature, which generated 200 million euros in turnover last year, leads the dance but the sector is attracting more and more attention from the energy majors.

Shell, which signed a long-term agreement to buy Nature’s biomethane supply in 2020, started its first biomethane facility in the United States last September, while TotalEnergies has partnered with Veolia to produce biomethane from wastewater. France’s Engie and container shipping giant CMA CGM agreed last week to co-invest in a biomethane plant.

An International Energy Agency report from March 2020 indicated that the average price of biomethane production was $19 per million British thermal units plus additional grid injection costs, compared to the price current gas in Europe of about 50 dollars/Mbtu.

However, it is less clear whether these economic factors incentivize production, as investments in the industry are difficult to capture due to fragmentation, and smaller operators may struggle to access finance.

Hvelplund said the future for the industry was bright after the EU doubled its biomethane production target to 35 billion cubic meters by 2030. But he warned that supportive policy measures, including a floor on gas prices, would be necessary to encourage new projects.

“We need to find places to build these factories, a quick way to get permits, easy access to the gas network, easy access to bio-waste within a 25 km circle and a floor price on gas if we go back to the gas prices in the past – then that will open up a lot of investment in Europe,” he said.

Curious about the FT’s commitments to environmental sustainability? Learn more about our scientific goals here

IN FLUX returns to Scottsdale with new public works by Yuke Li, Shirley Wagner and more