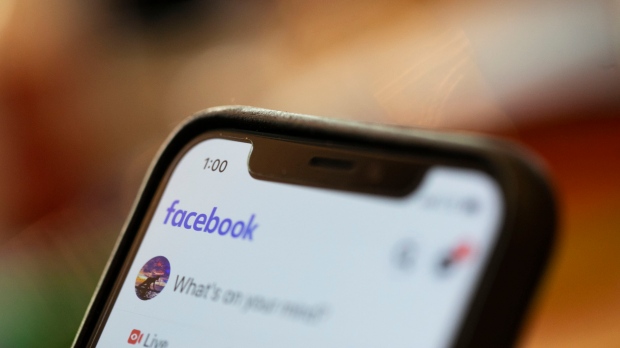 Federal election 2021: how every major party fights for votes on Facebook

EDMONTON – As party leaders campaign across the country in what is set to be the costliest federal election yet, a second multi-million dollar campaign is unfolding on Facebook.

The four federal parties with the most seats in Parliament have spent nearly $ 2.5 million combined on advertising on Facebook, Instagram and Messenger since July 31, according to data from Facebook’s Ad Library, which provides a public collection and searchable of all advertisements currently served through Facebook applications and services.

And while each party allocates more money to online advertising than in the 2019 campaign, the federal Liberal Party alone spent $ 1.5 million on 7,038 ads, far surpassing its competition. .

â€œThe Liberal Party has always viewed Facebook ads as an opportunity to speak directly to voters. In 2019, they actually spent less on ads than the Conservatives, who had fewer ads. But this time around, they’re really spending, â€said Anatoliy Gruzd, professor and Canada Research Chair in Digital Privacy Technologies at Ryerson University, by phone to CTVNews.ca.

â€œFor the seven-day period at the end of August, the Liberal Party page spent half a million dollars – that’s as much as it spent in the three months leading up to the 2019 election. “

Gruzd is part of the team behind the Election 44 transparency and accountability initiative at Ryerson University Social Media Lab, which, in part, tracks Canadian political ad spending on Facebook.

Over half of the campaign, data shows parties are spending more money and spending more time on micro-targeting, a marketing strategy that relies on using users’ demographics and social media (the things you like, who you’re friends with, etc.) to identify the users they want to campaign to.

Even parties that do not spend millions of dollars on advertising, like the Bloc QuÃ©bÃ©cois, have significantly increased their advertising purchases compared to 2019.

â€œThe Bloc spent about $ 17,000 in August, which is nothing compared to the hundreds of thousands of dollars spent by other parties,â€ he said.

â€œBut, if we put things in perspective, in total for the entire campaign in 2019, the Bloc only had 16 ads registered on Facebook. If we look at the period from August 16, the start of the election campaign, until today we see that the Bloc has over 700 advertisements.

Whether this means Facebook ads are more effective than traditional campaigns remains to be seen. But Gruzd notes that this increase in digital marketing may have something to do with the COVID-19 pandemic.

â€œIt is also possible that during the pandemic there will be fewer opportunities to have face-to-face gatherings, and all political parties are realizing that Facebook ads are the one and sometimes the only way to speak. directly to certain groups, â€he explained.

“As a result, many targeted ads keep a specific issue in mind, such as climate change, child care, taxes, and they target certain demographic groups on Facebook.”

According to the Ryerson team’s analysis, during the first two weeks of the campaign, the Liberals, Conservatives and NDP ran most of their ads in the four largest provinces: Ontario, Quebec, British Columbia and Alberta. Most of the Bloc’s ads were broadcast in Quebec.

Gruzd says the most interesting difference between the advertising strategies of the different parties, however, is the age group of the target voters.

According to the data, the Liberals frequently targeted their ads to seniors, especially those 65 and over. Likewise, the Bloc mainly targeted men aged 45 to 64 and women aged 65 and over.

US SOFTWARE: Management Discussion and Analysis of Financial Condition and Results of Operations (Form 10-Q)