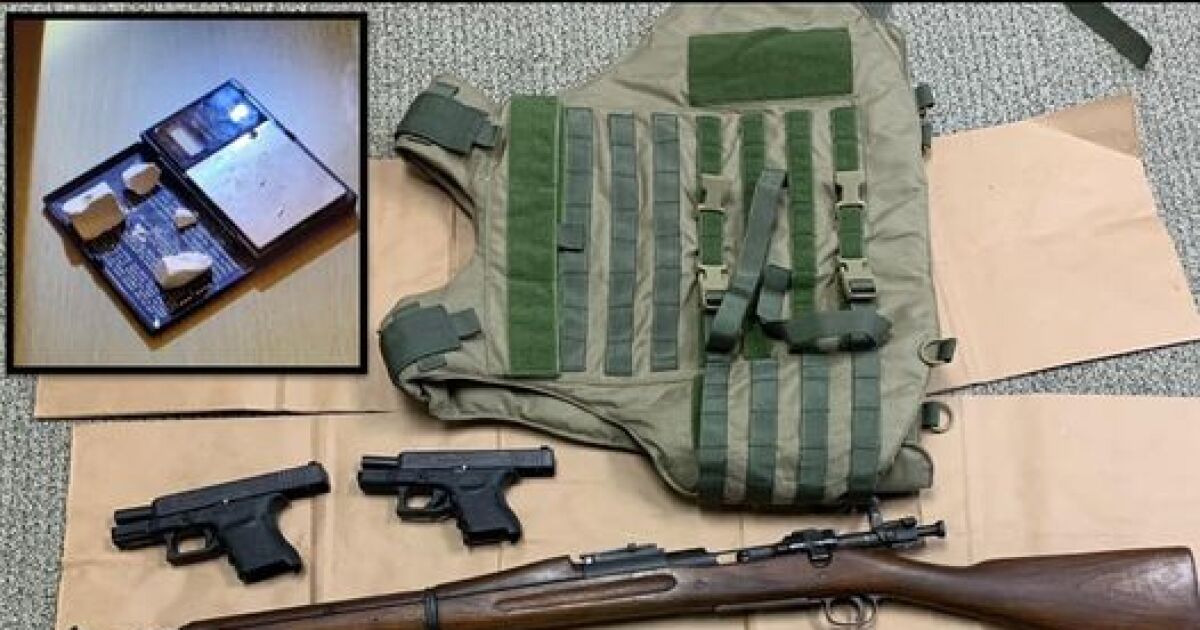 A man arrested on suspicion of selling narcotics to Costa Mesa police detectives, who responded to an online ad offering fentanyl for sale, pleaded not guilty last week to multiple counts. drug and firearm possession charges, according to court records.

The police department shared news of the arrest Wednesday in a Facebook post, describing how the suspect advertised the sale of fentanyl to Costa Mesa on an unnamed online marketplace. He further told the officers that he had access to firearms.

Detectives agreed to meet the salesman at a Fullerton-area motel, where they purchased 2 ounces of fentanyl, police said. Shortly after the purchase, officers arrested the suspect – identified as Christopher John Ricci, 34, of Berkeley – for possession of narcotics with intent to sell.

Ricci was also found in possession of a large sum of cash and a key to a motel room, according to the publication. Officers conducting a records check determined that Ricci was on post-release community supervision, a form of probation that helps offenders rehabilitate and reintegrate into society, and had two outstanding warrants.

Detectives determined that the key to the room in Ricci’s possession was from the motel where they met him and searched the room, where they allegedly found 3 pounds of fentanyl, 20 morphine pills, a digital scale, more money, numerous firearms, a ballistic vest and over 100 rounds of ammunition.

A subsequent investigation into firearms recovered from the motel room revealed they had been taken from a storage unit in a nearby town and belonged to someone who was unaware they had been stolen, police said.

Ricci appeared in a Westminster courtroom on January 6, where he pleaded not guilty to five counts of possession of a firearm by a felon, possession of a controlled substance with intent to sell and to have been found with ammunition during his probation, court records indicate.

His next court appearance is scheduled for January 20.

Support our coverage by becoming a digital subscriber.