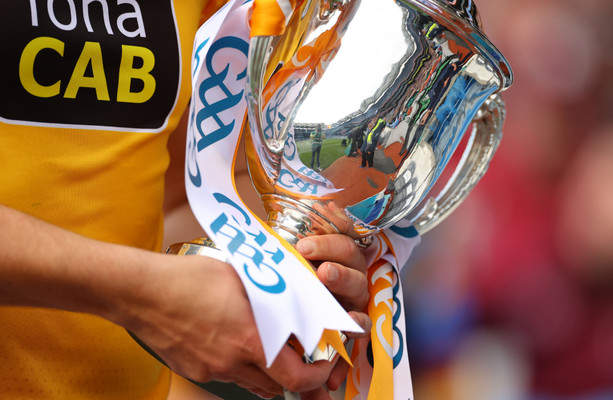 Football chiefs have denounced the flaws of the Tailteann Cup. Why hasn’t anyone done the same for hurling?

IT WAS a phenomenal Munster final and as usual the pitcher was ready to celebrate. Cherish it. What a game. Our game. Irish guaranteed. Wonderfully us.

We knew what was coming, the inevitable reaction. It was a moment of widespread celebration. The declaration that it is the greatest game in the world. It was as certain as the pitching man can’t trust Galway. The way he was, is and will be. Still.

Too often football heads exist at the other end of the scale. Time for accountability. The game is in crisis. Objections. Protests. A great feast of pity.

Navigating this sea of ​​negativity is clearly frustrating and often unnecessary. But is there a sport driven by constant positivity either?

Consider how the Tailteann Cup came to be. The format was adopted at the 2019 Special Congress but its introduction was postponed in 2020 and 2021 due to Covid. In February this year, Congress voted for a new All Ireland SFC format with the second tier competition linked to that system for 2023.

From the outset, the complaints were loud. In 2021, Antrim manager and pundit Enda McGinley called it the Losers Cup, criticizing the GAA’s plan for not providing a profile or prize money. Joe Brolly highlighted the LGFA ratings and how they allocate financial allocations and All-Stars at all levels. Oisin McConville went after the schedule.

Fast forward to 2022 and the hits kept coming. Kevin McStay wanted the final to be played on the last day for all of Ireland. Peter Canavan thought the key was marketing. Separate Sponsors, Separate Awards. Ciaran Whelan saw promotion from Divisions 3 and 4 in the league as a perfect example of what not to do. The people involved deserve better.

Suddenly, GAA President Larry McCarthy stepped into the breach. He heard the moans; oh, he knew how you felt. Questions ? Complaints ? Well, they weren’t going to take them lying down. He was ready to retaliate.

“I’m saying they don’t understand marketing,” he said when asked for a response to the side reviews. This competition is the subject of a press launch. It gets its own reward system for players. There will be streaming matches. The semi-finals are on television. They will contribute to a team vacation.

In-game digital clips! A Monday recap package! The GAA.ie Tailteann Cup Team of the Week! Targeted radio campaigns! Social media specific marketing! It was like an Oprah gift, gifts for everyone. You get a promotion! And you get a promotion! Profile for all!

To his credit, the contest was a resounding success. Teams bought. The matches were broadcast on GAAGO. The next two stages are live on television. One-on-one and sponsored promotional videos were innovative. The issues around a North vs. South split have yet to be ironed out, but overall the juice was worth it. Hard work pays off.

Cup pitcher Joe McDonagh, an overlooked and rare breed, would have the right to look at this package and wonder why he didn’t get the same? And why doesn’t anyone care? 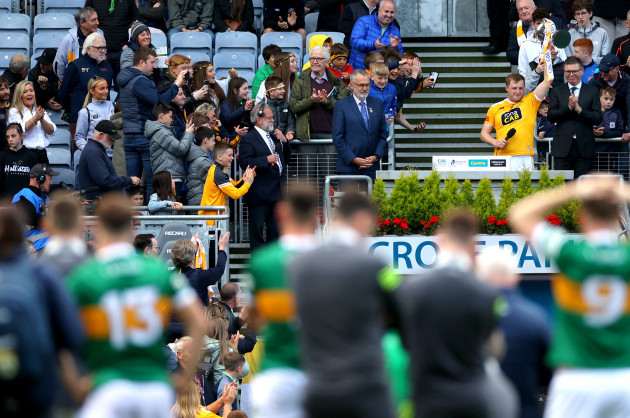 After all, they are both the second tier championship. Kerry and Antrim’s decider last weekend was just the latest prize in a golden contest. 55 scores, 18 different scorers, nine goals. Yellow and black cards, setbacks and penalties. There was everything. The game was a treat from the Leinster final mush that followed.

Half of this year’s games ended with a margin of five points or less. Kerry, who finished second, was tied on points with Offaly in third and Carlow in fourth. They were only two ahead of Down in fourth position.

If a game is a thriller and no one is around to see it, is the hurling man still partying? There was no Joe McDonagh Cup launch this year. No jazzy videos or promotional campaigns. The only match available to watch was the final, which was a one-on-one All-Ireland SFC qualifier between Mayo and Monaghan.

For the third straight year, Kerry went to the decider. Antrim won and will compete in the Leinster Championship next year. But if Kerry wins, they would have to face Tipperary in a promotion-relegation play-off at a neutral venue in Munster. This bizarre situation was provoked after a decision led by Cork to protect its historical provincial championship.

Get closer to the stories that matter with exclusive analysis, insight and debate in The42 Membership.

Speaking to RTE, Kilkenny great Jackie Tyrrell called the situation a “double standard” and called for it to be changed. His comments were widely reported. Finally, a conversation had started.

Fintan O’Connor, Kerry’s former manager, was unhappy with this tradition-driven structure. In 2018, former Kerry hurling captain John ‘Tweek’ Griffin told anyone who would listen how unfair it was. It has been like this for three years. As former Offaly pitcher Brian Carroll recently asked, why has it taken so long for a conversation to even start?

“Can I make a point,” he told Colm Parkinson on the Smaller Fish podcast.

“Me and you have been talking about this playoffs for a number of years now. We have constantly said this. Because a bigger fish said it on the RTE podcast, so it’s making headlines.

“People didn’t want to hear it back then. Now, that might be a possibility. This kind of stuff really annoys me. Some animals are more equal than others. This question has been bothering me for a while now, yes it is important that it be put forward. But they have to listen to the people on the pitch and who know the game, who know how these things affect them.

Plámás and pretending everything is perfect ensures that obvious mistakes are erased. Hurling was several years too slow to adopt a cynical foul rule as many could not recognize an obvious flaw in the game. Finally, the rule arrived in 2021. Goals per game were the highest in the Championship since 2012: 3.5. This year, the average is 2.9. Change can be good.

We should be able to celebrate a jaw-dropping game while highlighting wider failures. Isn’t it strange that such a great game has failed to spread beyond a single traditional core?

After all, it’s not a binary choice. Fan or critic? Why not the two of them?

Heineken has created a bottle opener that makes you stop working