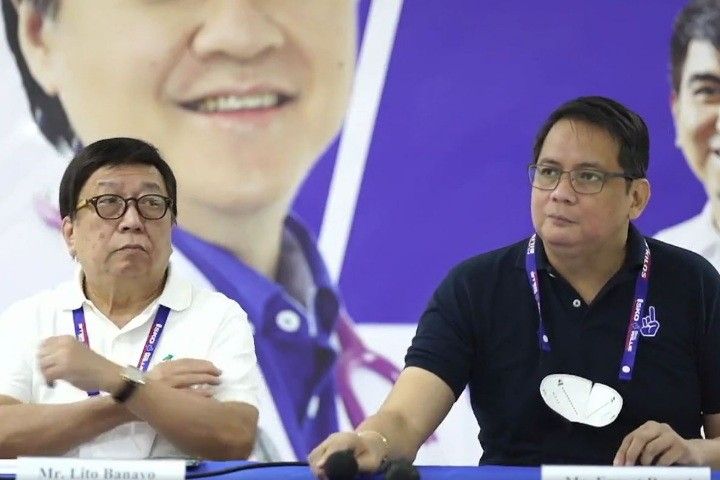 MANILA, Philippines — Camp Manila City Mayor and presidential candidate Isko Moreno is set to file a lawsuit seeking mandamus forcing the Bureau of Internal Revenue to collect the 203 billion peso land debt which has not been paid by the Marcos family for the past 25 years.

Moreno’s camp is back on the offensive against the presidential frontrunner weeks after Moreno and other male presidential candidates trailing in the polls held a joint press conference to urge Leni Robredo, the only candidate in second place, to withdraw.

“In fact, our attorneys are about to file a mandamus petition in the tax appeals court to compel the BIR to collect the tax,” he said. Banayo was talking about how the Moreno camp was the first to dig into the issue of the Marcos family inheritance rights.

“It was all of us. What the other candidates are doing is invoking martial law issues,” he also said in a mixture of Filipino and English.

In law, a writ of mandamus is an order from a court to a lower government agency or official ordering the government official to properly perform his official duties.

More recently, the Moreno camp also called for the garnishment of bank accounts relating to the estate of the late President Ferdinand Marcos Sr. It is unclear whether the BIR has responded to this letter.

Beyond its confirmation of the request, however, the BIR has refused to release the actual copy of the letter. Marcos himself claimed there was “a lot of fake news involved” in the case, but the Supreme Court itself said the decision on the tax owed was final and binding.

Banayo said the Marcos family had benefited from “continuous years of historical revisionism”.

“Most of the D and E classes think that the sins of the father shouldn’t fall on the son. I don’t agree with that, especially since there’s no excuse from the family. Marcos. But that’s the political reality we face,” Banayo said.

Responding to conspiracy theories from social media users that Moreno is Marcos’ “secret candidate”, Banayo pointed out that Moreno’s camp is going after Marcos more strongly than other candidates.

“They are all attacking Marcos’ family and father. But we are hitting the candidate himself,” he said in Filipino.

However, during speeches and public events, Moreno resorted to name-calling and insults against Robredo, once even implying that she only read his speeches on teleprompters. He also challenged Robredo’s spokesperson to stop speaking for her.

In contrast, Moreno never asked Marcos to step down from the presidential race.

When asked why the Moreno camp regularly targets second-placed Robredo, Banayo replied: “Well, why would they go after us too, when we are number three [in the surveys]?”