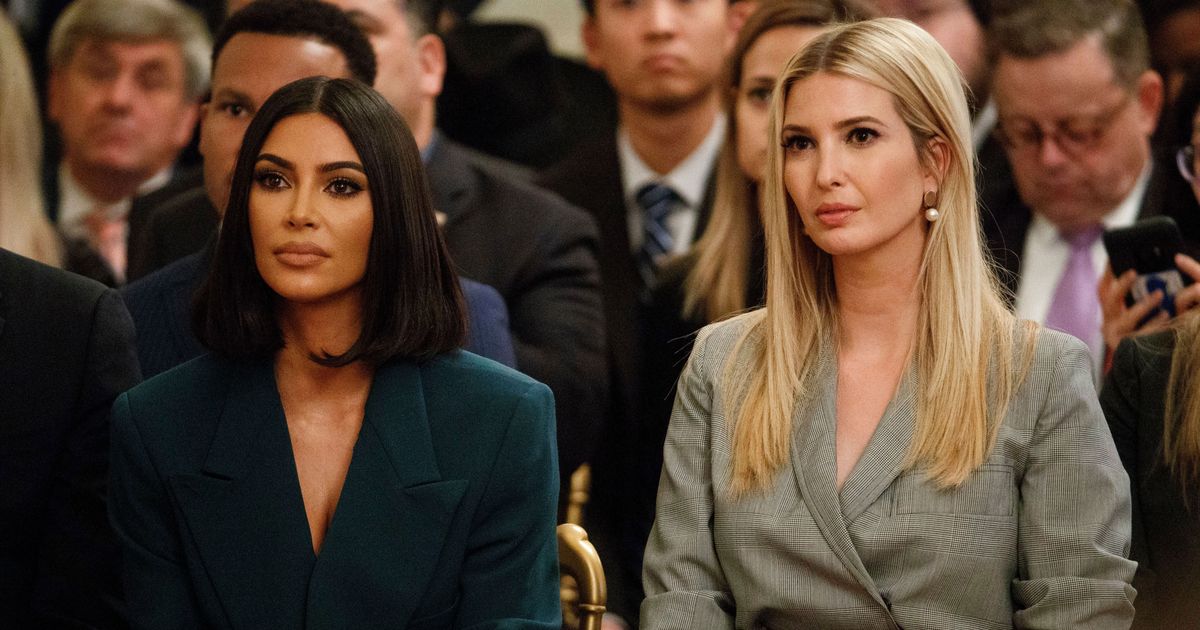 If you were outrageously famous online and your ex launched into a messy, anti-Semitic public tirade, what would you do? If the first thought that came to mind was Quickly release a simple but heartfelt public statement that my ex-partner’s views do not represent my ownyou clearly need to spend some time familiarizing yourself with the teachings of Kris Jenner.

The right answer, judging by Kim Kardashian’s response to the controversy surrounding her ex-husband Kanye West (whose name is now Ye), is to say nothing for 18 days and then have dinner with Ivanka Trump, whose family was targeted in Ye’s tirade.

On Sunday night, Oct. 23, Kim and Ivanka spent three hours having dinner at the Polo Lounge at the Beverly Hills Hotel. The world learned about the memorable meal from a TMZ article the next morning, which called it “old friends reunited.” Could the pair have decided to catch up out of the blue? I suppose. The celebrity gossip site notes that Ivanka and Kim were “involved in the same circles growing up” and met at the White House on several occasions during Donald Trump’s administration. And since both women are entrepreneurs with birthdays in October, TMZ speculates that the dinner could have been “just a business meeting or a birthday party for one of the two.”

But TMZ’s post includes a telling clue from an unnamed source who knows all about the sensitive topics discussed at this private dinner for two:

A restaurant insider told us at one point Kim shared how deeply concerned she was about Kanye’s recent anti-Semitic statements, and how worried her children were hearing what he said – especially considering that they have Jewish cousins.

If this was just a publicity stunt, Ivanka was the perfect partner. While having dinner with Kim, Ivanka (who converted to Judaism when she married Jared Kushner) signaled that she didn’t hold Kim responsible for Ye’s anti-Semitic remarks, which led to several brands cutting ties with the artist – more recently, Adidas and Gap. Moreover, it shows that she and her family bear no grudges against Kim, although, as People explains, Ye attacked the Kushners on Instagram earlier this month:

Much of the comments centered on a since-deleted Instagram post in which West wrote “F— JOSH KUSHNER,” criticizing the younger Kushner for investing in his ex-wife Kim Kardashian’s SKIMS underwear line (an investment made by Kushner’s company Thrive Capital before the two announced their public split).

Ye accused Jared of stifling the genius of Donald Trump in an interview with Tucker Carlson, per People:

“After talking to them and really sitting with Jared and sitting with Josh and finding out some other information, I thought, wow, maybe these guys would have really held Trump back and really been a manager [during the administration]West said. “They just love looking at me or looking at Trump like we’re so crazy and they’re the business people.”

West added that the Kushners were “not serving my son Trump the way we could have because, you know, Trump wanted nothing but the best for this country.”

Ye didn’t specifically go after Ivanka and actually proclaimed, at the end of his social media rant, “IVANKA IS FIRE,” but Parler accidentally leaked his private email address to hundreds of people when he announced that Ye was buying the site.

The Kivanka summit came as Kim faced mounting pressure to speak out after a hate group hung a banner above a Los Angeles freeway overpass on Saturday that read “Sound your horn if you know Kanye is right about the Jews.” (Many social media users have insisted that Kim should not be asked to respond to remarks from her ex, who has gone public about her struggles with bipolar disorder.)

For those unfamiliar with celebrity PR messages, Kim more clearly dismissed anti-Semitism in a social media post Monday, though she did not name Ye.

Hate speech is never acceptable or excusable. I stand with the Jewish community and call for an immediate end to the terrible violence and hateful rhetoric against it.

Does all of this sound like a rather convoluted way to denounce hate speech? Yes, but I know not to question the methods of the ultimate momager.

Daily news about politics, business and technology shaping our world.

By submitting your email, you agree to our Terms of Use and Privacy Notice and consent to receive email correspondence from us.