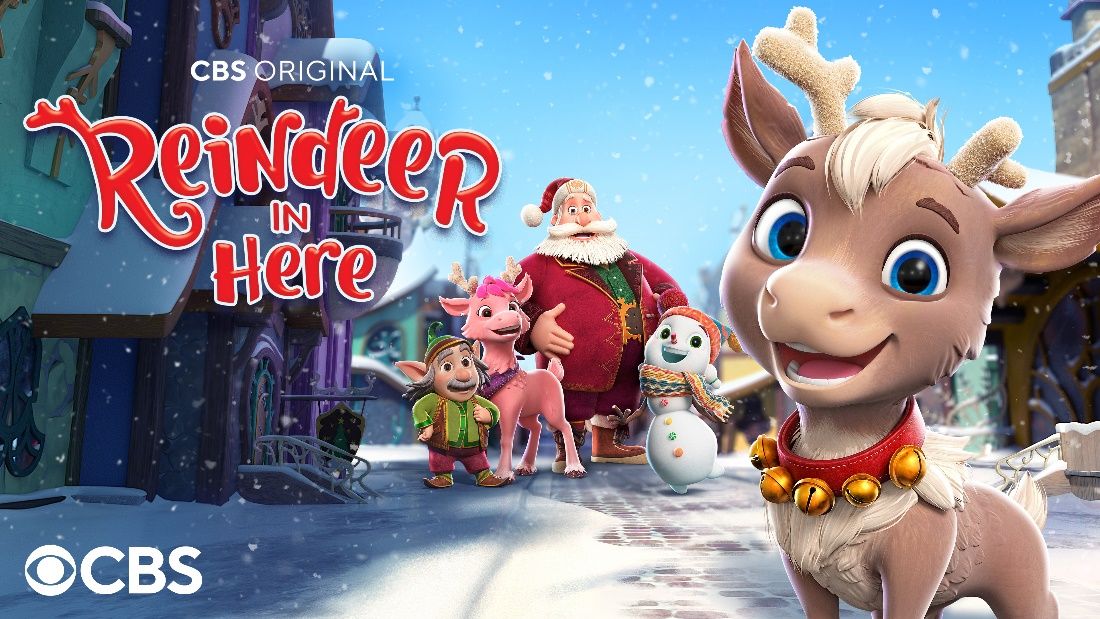 reindeer here is about Blizz, a young stag who has one antler much smaller than the other. He and his unique group of friends band together to save Christmas and end up creating a holiday tradition like no other.

Theo (voiced by Gabriel Bateman) is a newcomer to town who yearns to make friends. A villain sweeps away the magic snow globe that holds the wishes of every child in the world, and Blizz and Theo team up with friends to save Christmas.

These friends include Candy, the Snowgirl who shares too much; Pinky, the only pink reindeer at the North Pole; Hawk, the silly, mohawk polar bear; Bucky, the nervous reindeer; Smiley, the elf who has been Santa’s HOHO (Holiday Operations Manager) for the past 500 years; and Isla, Theo’s brilliant classmate. Brooke Monroe Conaway plays Isla.

The special is based on the book of the same name by Adam Reed, as well as the plush set. Greg Erb and Jason Oremland wrote the script and Lino DiSalvo is directing.

The hour-long special will also air on Paramount Plus. ■