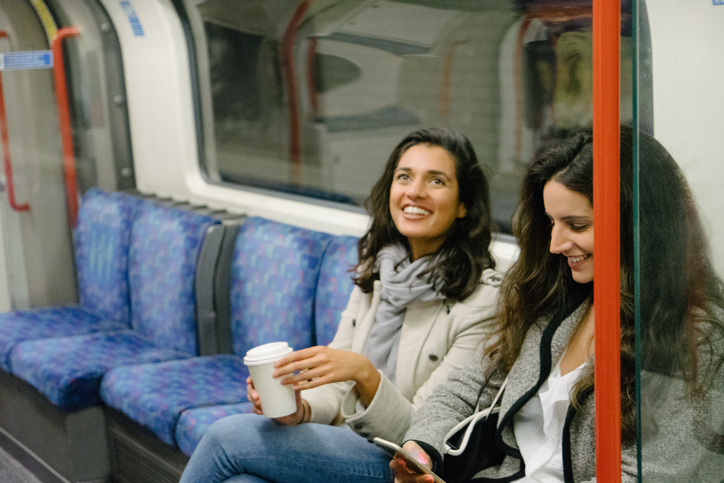 Londoners bought less junk food after ads were banned, but childhood obesity is still on the rise

Restricting outdoor advertising of foods and drinks high in fat, salt and sugar (HFSS) on the Transport for London (TfL) network is estimated to have significantly reduced the average amount of calories purchased by households each week at from these products, according to a new study in PLOS Medicine.

Led by the London School of Hygiene & Tropical Medicine (LSHTM), the study used data from nearly two million HFSS food and drink purchases to estimate the effect of the policy, which saw restrictions on advertising across TfL, including the London Underground, TfL Rail network and at bus stops.

It found that households were purchasing 1,000 fewer calories from HFSS products per week, a reduction of 6.7%. Chocolate and confectionery saw the biggest decline with weekly purchases down 318 calories, a reduction of 20%. Overall, Londoners were on average buying the equivalent of just under 1.5 fewer bars of milk chocolate per week.

The researchers also found limited evidence that the effects were greater in households with obese people.

Dr Amy Yau, of LSHTM and first author of the study, said: “Many governments and local authorities are considering advertising restrictions to reduce consumption of high fat, salt and sugar (HFSS) products as part of obesity prevention strategies. However, evidence of the effectiveness of these policies, especially outside the broadcast media, is scarce.​

Junk food advertising restrictions were introduced in February 2019 to help tackle childhood obesity in the capital. Then 38.2% of 10 to 11-year-olds in London were overweight or obese when the policy was introduced in 2019. According to the NHS, that figure jumped to 45.2% in 2020, the biggest increase seen in the country. Activists, however, blamed the rise on closings and closings of schools.

Dr Camilla Kingdon, President of the Royal College of Paediatrics and Child Health, said: “​We have seen a sharp rise in childhood obesity during the pandemic, with children from the most disadvantaged communities being the hardest hit. Given the far-reaching health effects of obesity, this creates enormous problems for the future and further increases unacceptable health inequalities.”​

The study comes as the Health Bill passes through the UK Parliament. This will ban unhealthy foods from being advertised online and before 9pm on TV by January 2023.

“These results show the welcome impact restrictions on junk food marketing can have. Nationally, it is important that the UK government remains committed to banning junk food marketing with a 9 p.m. television and a total online ban,” Kingdon added.

The study authors acknowledged the limitations of the study, including that it focused on take-out (grocery) items and did not include take-out purchases from fast food outlets, restaurants, cafes. , etc The effects may well be greater if take-out shopping had been included, they claimed.

Professor Steven Cummins, of LSHTM and lead researcher of the study, said: “The impacts we have observed are greater than those reported for the UK Soft Drinks Industry Levy, those predicted for a 9pm advertising turn on HFSS foods or a 20% tax on sugary snacks.​

“The findings are particularly important in light of the Health Bill currently before Parliament, as they provide further evidence of the effectiveness of advertising restrictions and help support the case for a ban. proposed government online advertising for high-fat, high-salt and high-sugar foods and drinks.​

Professor Cummins said: “More work is needed, but our study suggests that these types of policies could have a significant impact on reducing the consumption of foods high in fat, salt and sugar, and offer a potentially effective intervention in other important areas of public health policy such as alcohol regulation. and gambling advertising. »​

London Mayor Sadiq Khan said:It’s a scandal that London has such high levels of childhood obesity and that, in a city as prosperous as ours, where you live and how much you earn can have such an impact on your access to healthy and nutritious foods.​

Michelle Mitchell, Chief Executive of Cancer Research UK, added: “This research joins many other studies that show that restrictions on junk food marketing are a useful tool in reducing obesity – the second preventable cause of cancer. I urge the government to listen to the evidence and fully commit to its ‘war on cancer’ by introducing planned nationwide restrictions on junk food advertising and promotions as soon as possible. »​

Are installment loans and payday loans the same thing? –