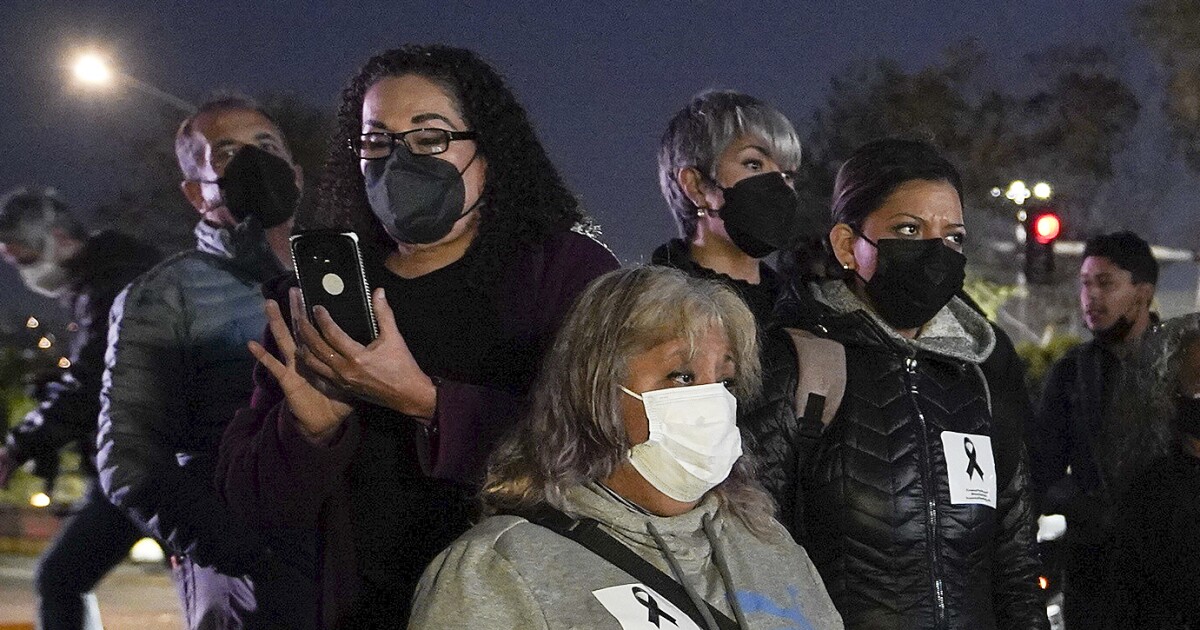 Lourdes Maldonado arrived in Tijuana in the early 1990s as a journalist in her thirties. But she was no beginner. Her career as a news anchor, journalist, correspondent and content producer had begun years before.

She first worked for media companies in the 1970s in Cancun and Yucatán, even before studying at the Carlos Septién García School of Journalism in Mexico City. In 1988, she was part of a team of news correspondents at ECO, a Mexican television channel aimed at Spanish-speaking audiences owned by Televisa that covered stories across Mexico, Latin America, the United States, the southern Canada, North Africa and Europe.

Maldonado carved out a role for herself in ECO, even being sent to Russia and Germany to report on the fall of the Berlin Wall, her niece, Renne Maldonado recalled. “She wouldn’t stop. From morning until nightfall…Journalism was his passion,” she said.

Maldonado was born in the town of Gómez Palacio in the northwestern state of Durango. She was three weeks away from her 67th birthday when a bullet claimed her life on January 23. Maldonado had just returned home and was sitting in her car outside her home in a southeast neighborhood of Tijuana when she was attacked. So far, there have been no arrests in connection with his murder.

“My sister had a lot of courage. She did her job the way she was: strong,” said her brother, Carlos Maldonado, a longtime restaurateur in Tijuana, now retired.

Maldonado also found her way to Tijuana on assignments and once told an interviewer that she found the small-town people of the time likeable. This helped her make the decision to leave Mexico City in the 1990s, joining a group of young reporters at Notivisa on Channel 12, Tijuana’s Televisa local news program.

Maldonado was assigned to local and political coverage in Tijuana. She began to close her TV segments with a particular tone by saying her name, emphasizing the oh and the and sound in Lourdes. At 5’8″, with a round face and curly hair, she was easy to recognize among local reporters.

At the time, Gerardo “Chacho” Reyes was a cameraman at Televisa Tijuana. He said Maldonado’s style was imprinted in her signature, but also in the way she presented the news.

“She was very insightful. She was looking for the story, looking for it, asking questions and following it,” he said.

“Luby (Maldonado’s nickname) never married, she never had children,” said her friend and colleague, Rocío Galván. “She was irreverent, her personality was like that, and I learned to love and respect her like that.”

Lourdes asked questions in a loud voice that seemed to give voice to the injustices she witnessed and denounced. She wasn’t afraid to shout an expletive or call out the failings of government officials.

This candor was evident in March 2019, when Maldonado went to the press conference held each morning by Mexican President Andrés Manuel López Obrador and said she feared for her life after receiving threats and asking government protection. “I come here to ask for your support, your help and labor justice because I even fear for my life,” she told López Obrador.

Two days after attending a vigil for slain photojournalist Margarito Martínez Esquivel, Maldonado was herself shot, making her the third journalist killed in Mexico in 2022. Journalist José Luis Gamboa was found stabbed to death in Veracruz at the beginning of the month. 148 reporters have been killed in Mexico since 2000, according to human rights group Article 19.

On Thursday, Maldonado was buried in the Monte de los Olivos cemetery in the southeast quarter of the city where she had come to live.

Besides his profession, Maldonado had a deep love for animals, especially cats. Four of her five cats were taken to her funeral and funeral service. His dog will be adopted by one of his nieces in Arizona.