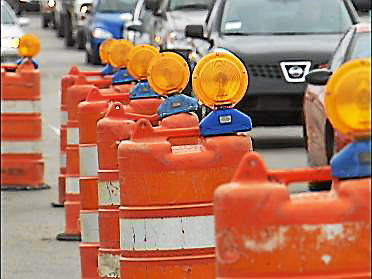 DTE Energy’s plan to perform work at the intersection of West Jefferson Ave. and King Road caught many motorists, even some city officials, off guard.

The intersection is completely closed for about three weeks.

Some city officials have received an email notifying them of emergency vehicle planning while the road closure signs are put up.

The Trenton Police Department warned motorists of the closures on its social media site.

“We apologize for any inconvenience, but the City of Trenton received no notice of this project,” the site said.

Some motorists said they learned of the closure on their way to work, too late to plan ahead.

Others responded to the warning by trying to help other motorists understand where drivers can and cannot go due to road works.

“It’s closed in both directions near King,” Colleen Riley Herman told the department’s website. “We were heading north on Jefferson and couldn’t get to King. We had to use the turnaround and go back to Harrison. I noticed that the other side of Jefferson was the same. They couldn’t reach King.

The work in progress is considerable.

“DTE is replacing an underground pipeline at Sibley Quarry,” said Eric Younan, a senior communications strategist at DTE. “These works will not affect the operations of the facility.”

Nevertheless, it has an impact on drivers.

Some asked if motorists could drive from Trenton to Wyandotte on Jefferson, to which motorists who drove through the area responded by saying it was not possible.

A DTE representative said they plan to put up road signs in the area to better direct drivers.

The police department shutdown warning has been shared more than 350 times with other social media sites.