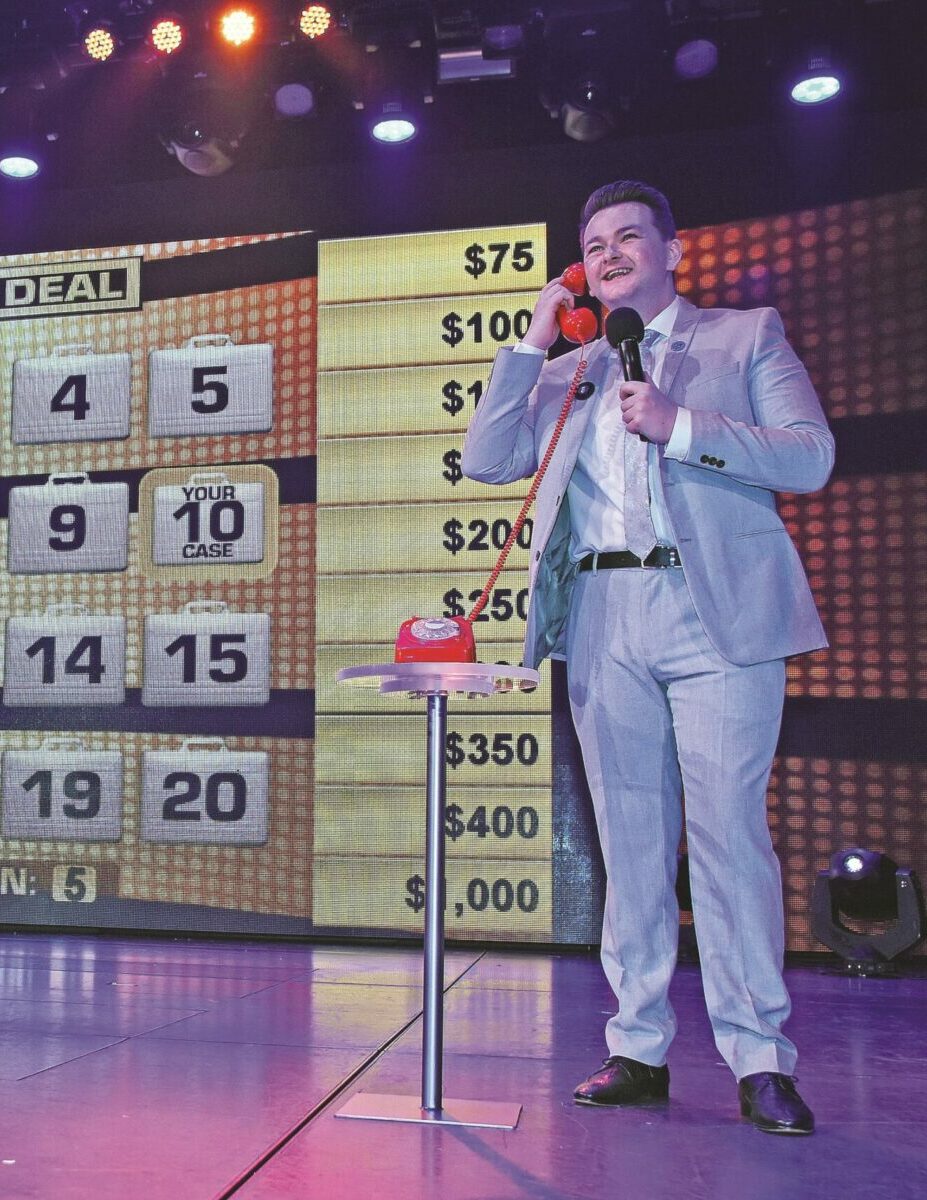 The new Discovery Princess ship, which began leaving the Port of Los Angeles in March, includes an amenity that is a new trend for cruising: a game show designed to appeal to a wide range of passengers.

The ship, which debuted voyages to the Mexican Riviera and California coast, features an onboard version of the “Deal or No Deal” show, with passengers as audience and attendees in a nearly 1,000-seat auditorium .
These game shows are becoming popular in the post-pandemic version of cruise ships. Game shows are familiar to passengers, and many are curious to know what it would be like to take part in such a spectacle.

“It’s about bringing something that people know and love,” said Briana Latter, spokeswoman for Princess Cruise Lines in Santa Clarita. “I would say it’s fun for everyone.”
The Discovery Princess can accommodate over 3,600 passengers. She is the sixth and last of the cruise line’s Royal class of ships. The ship has now headed to the Pacific Coast to begin a seven-day Alaska cruise season from Seattle, making it the newest ship to sail in the Alaska region, according to a statement from Princess.

Aaron Saunders, news and features editor at CruiseCritic.com, a consumer website in Ewing, New Jersey, that tracks the industry, said the ship is an evolution in company design. cruising with revamped dining venues and decor upgrade to make it more sophisticated, he added.
What’s seen throughout Discovery Princess is an adjustment to the company’s product to have the bars, lounges, entertainment and dining options that passengers really want, he said.

“The ship is doing a great job of responding to that,” Saunders said. “It’s a beautiful, comfortable ship without being too flashy.”
The game show format represents Princess’ latest entertainment offering in the crowded cruise market. Earlier this year, the company announced that its MedallionPay payment system would expand to land-based attractions, and last year the company announced onboard play.

With “Deal or No Deal,” for a fee of $25 to $50, cruise lines can play the game either as a chosen competitor or among the public. Players have a chance to win up to $1,000 or even a free cruise.
“We know that game show formats have traditionally been popular with our guests and we’re excited to bring that popularity on board,” said Denise Saviss, vice president of entertainment experience for Princess, in an email. mail.

Princess will produce the shows in conjunction with TimePlay Inc., a game technology company in Toronto. It also makes the game available on Majestic Princess, Regal Princess, and Sky Princess cruise ships.
Aaron Silverberg, senior vice president of TimePlay, said Princess decided to participate in “Deal or No Deal” after seeing the success of its parent company Carnival Corp. & plc with gambling on some of its other cruise lines, including Carnival Cruises.

“Then the pandemic hit and that put everything on a very long hiatus.” Silverberg said. “When we came out of hiatus, that’s when we started rolling out to some of the Princess ships. They recently announced that they were happy with it and decided to roll it out to scale. of the fleet.
The game works pretty much as it did when it aired on various networks from 2005 to 2019.
In the TV version, a player chooses a briefcase at the start of the game that carries a cash prize of between one hundred and $1 million. The player does not know what the prize money is until the game ends.

As the game progresses, the contestant eliminates other instances of the game, periodically being presented with an “agreement” from an unseen person called the banker to take an amount of cash to exit the game.
If contestants decline each bid, they open the box they initially selected and win the amount in the selected box.

The in-game version of the game allows a player to win up to $1,000. Audience guests who purchase a game card also strive to win eight games to win up to $1,000 or a free cruise, according to Princess.
TimePlay is licensing the game to Endemol Shine Group, the show’s owner, now known as Banijay, after it was acquired by the Paris-based international content producer and distributor.

The cruise line is providing the employees needed to run the game, Saviss said in his email.
“The cruise director and our lucky game host, Fortuna Luck, host the show and we have six teammates supporting the show behind the scenes,” she said.
The show takes place in the 980-seat Princess Theater, with TimePlay providing the necessary technology for the game, which lasts approximately 45 minutes.

Saunders of CruiseCritic.com said the trend in cruising now is to have different activities on board ships.
“It may not appeal to everyone, but there are definitely enough people who are like, ‘I’m curious; if I find myself without something to do at 2 p.m., I’ll go check it out,” Saunders added.