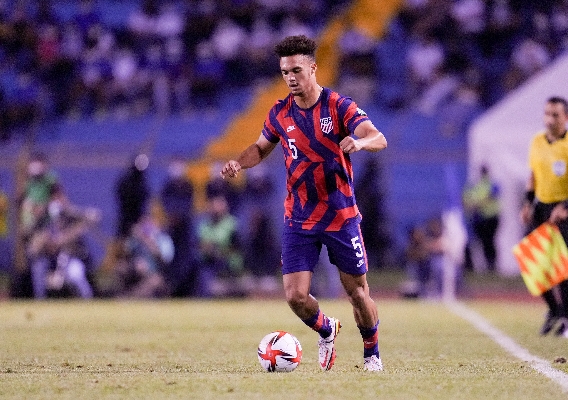 On the eve of his return to the Premier League, Robinson sees a big year ahead of him

Last year was a huge year for Antonee Robinson, helping lead Fulham to promotion and the USA through qualification. But the coming year will build on that with his return to the Premier League and a likely place in the USA’s World Cup roster. ASN’s Brian Sciaretta spoke with “Jedi” about the past year while considering the great opportunities that lie ahead.

PREMIER LEAGUE SEASON starts this weekend and for Fulham the aim is simple – to survive the season and chart a new course for the club as one that can survive as a regular contender in the English top flight. Antonee Robinson joined the club two years ago and has been part of both relegation in 2021 and the impressive promotion last season.

This week Robinson turns 25 and it will be a defining year. Hopes are that Fulham will find a way to survive in the Premier League, unlike their previous two campaigns at the top tier. Then there is the World Cup which will be played mid-season and it offers Robinson the opportunity to not only play in the biggest tournament but also possibly face the country where he was born and raised. .

This Saturday Fulham have one of the toughest openers possible when they host Liverpool at Craven Cottage. But the team are optimistic for the season and the group are very motivated to set a new tone for the London-based club.

“Especially for the guys who stayed from the season we got relegated, it was a chance to redeem ourselves and fight back and get back to the Premier League,” Robinson told ASN. “I think it means a bit more – the fact that we brought the team to the Premier League this time. For me personally to be part of the fight for promotion, it makes me want to keep us in the Premier League where I feel like we belong.

Robinson played a key role in Fulham’s push for promotion last season and it was certainly the most demanding season he has ever played. He made 33 starts in 36 appearances for Fulham last season while playing 3,028 minutes. Combined with 13 World Cup qualifying matches for a total of 1060 minutes, Robinson has played 4088 minutes for club and country in the 2021/22 season.

But last season was also the first time Robinson got a taste of victory. His career to date has focused on Bolton, Wigan and Fulham and every season until 2021/22 has been a relegation battle. Last year, Robinson was able to take part in successful promotion and World Cup qualifying campaigns – scoring twice for the USA team.

“Last season, even being part of a winning team, it was still just a very physically intense season,” Robinson explained. “The league has always been the same every year I’ve played there. Especially with World Cup qualifying, that made it very difficult, but I came out of it on the other side with around 50 games and playing good football at times, I did pretty well with the national team and then I did Fulham and overall it was a really good season to build my confidence as well.

All it does is raise the stakes for the coming season when Robinson is in the Premier League and World Cup, as opposed to Championship and qualifying.

Looking at the lessons he learned from relegation from Fulham in 2020/21, he is able to recall specific games in detail. During this season Fulham lost their first six games, fought for survival but squandered late goals for losses or draws towards the end. 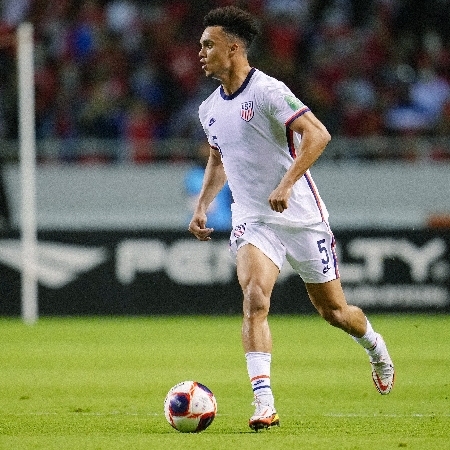 “The vibe around the team, it’s pretty similar to be honest,” Robinson said. “We have the same goal. It’s just a few different faces and it’s the guys who’ve been in this position before who have a vision of the experience last time around to try and avoid the mistakes we fell into last time around.

“A good start would definitely help,” he continued. “Even if you get off to a weak start the last time we were in the Premier League, towards the last third of the season, we had it under our control. A few results on our way would have put us on the safe side – and we never capitalized. We went through a series of draws and losses. We just couldn’t win a game to save our lives. Like when we face Villa and we ruin the game. We should have beaten teams like Leeds and Burnley who were around us. We have been punished. So going forward, we know the importance of having the mentality to see a match end. Things like that will be huge this year.

During Robinson’s time at Fulham one of the constants has been Tim Ream who, at 34, has been instrumental in the recent promotional effort. Robinson gets on well with Ream and the two Americans formed the left side of Fulham’s back line last year. Ream was named in the league’s Team of the Season by the Professional Footballers’ Association. 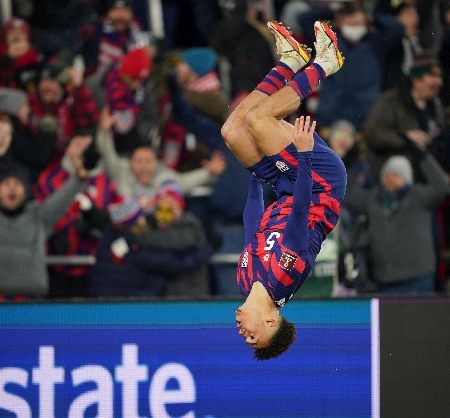 It remains to be seen whether Ream will be a regular starter for Fulham in the Premier League, but Ream is likely to see minutes this season and Robinson points out that the St. Louis native has an important role in the team which also extends outside. ground. .

“Since Tom Cairney was injured badly last season, Tim has pretty much been captain for most of the season,” Robinson said of Ream. “He’s started every game which – for someone his age, to start every game in the Championship and perform as well as he does – it’s just amazing, to be honest. He’s got real composure on the ball and a spirit warrior. He was fighting, throwing his head in tackles, getting cut every week. To have that as one of your base players, it really elevates the team. 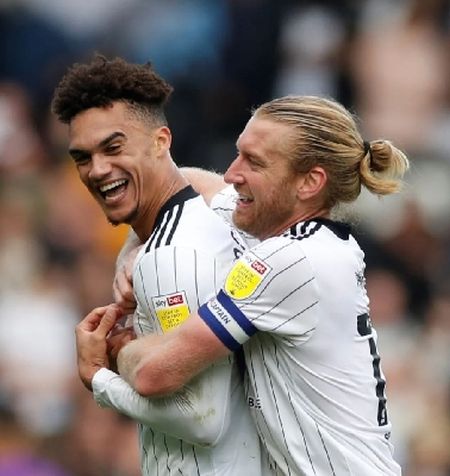 “Off the pitch, he basically took on the co-captain duties almost with Tom,” he added. “When it came to talking to management and staff and things like that, trying to organize things off the pitch and making sure all the guys were happy and all the staff coaches was happy, and that we were working in unison – it was huge for us.

In November, the Premier League will take a one-off World Cup break. For Robinson and Team USA, the World Cup will be a whole new experience as DeAndre Yedlin is the only player recently selected by Team USA to have played in a World Cup.

Robinson senses the excitement of the players on the team but realizes that the fight for roster spots remains competitive. Even with his heavy involvement in qualifying over the past year, he doesn’t fit into the category of being a lock for Qatar – but it is a source of motivation for him.

“There are guys on the team like Weston and Christian that everyone expects to go if they’re fit,” Robinson said. “Then there are guys who are fighting for places – guys who are in MLS and the others from European teams like me, who come into the season thinking that I have to play at the highest level that I have ever played to make sure I’m on my plane to Qatar.

But the team remains very close to the field, despite the competition. The players of the team are in regular contact with each other and are bonded by things sometimes beyond football. For example, Robinson is one of four pianists in the group of players along with Weston McKennie, Erik Palmer-Brown and Konrad de la Fuente. It’s a skill Robinson proudly points out he learned himself as a teenager watching YouTube videos.

We have to get @Antonee_Jedi in this great group of footballers: Cech on drums, Bilic on guitar, Dublin on The Dube ????pic.twitter.com/28zGUQ3bVq

“The last camp group showed that we are all still on the same page of our plan,” he added. “I think everyone can see how brotherly the group is.”

After qualifying for the World Cup, USA were told they would be in a group with England and Iran, and later it was determined that Wales would be the last team added.

Now that the Premier League season is about to begin, it only makes the prospect of facing the country where he grew up even more exciting.

“It’s definitely a surreal feeling,” Robinson said. “My dream was to one day play the World Cup in general, but I certainly didn’t imagine that I was going to play for the United States against England. It’s just something that I couldn’t have writing when I was a kid so hopefully I can make that dream come true when we go and put on the show we can Play against England?Obviously I grew up here, lived here all my life and all the family and friends who are going to watch my game for me obviously, but just the excitement of having a connection on both sides, it’s amazing, really.”

5 Best Loans for Bad Credit: Get Personal Loans and Installment Loans with No Credit Check and Guaranteed Approval