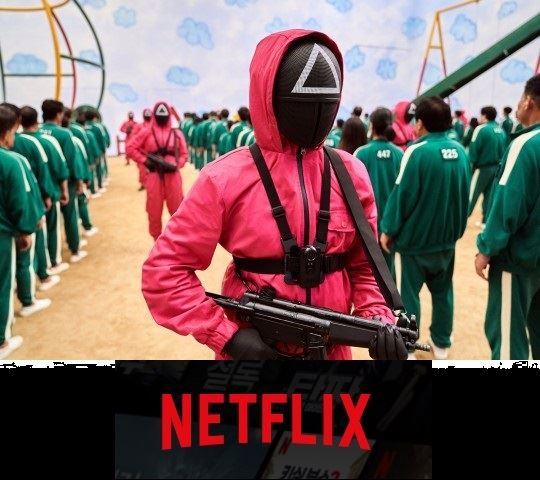 The huge success of the Netflix series “Squid Game” has resulted in an increase in network traffic, which has prompted the global content producer to pay for the use of the telecommunications infrastructure. At the heart of the matter is who will bear the greatest burden in the skyrocketing data costs triggered by the popularity of streaming content during the COVID-19 pandemic.

Officials said Korean telecommunications companies had no choice but to pass part of the costs of upgrading their networks to the main contributors to capacity growth, going against the said principle. of “net neutrality” which demonstrates that all Internet traffic should be treated equally. .

Some say this rule has become obsolete in the age of streaming content. Moreover, in Korea, Netflix is â€‹â€‹increasingly seen by the public as forcing local content producers to simply serve as contractors for the platform giants.

SK Broadband said on September 30 that it filed a complaint demanding that Netflix pay for the use of its network. The latest decision comes after a local court in June dismissed a request from Netflix confirming that it was not required to pay for use of SK Broadband’s network, which Netflix appealed to the following month. The network operator said the lawsuit was filed separately from the ongoing litigation because Netflix had not committed to negotiating following the June ruling.

SK Broadband was unavailable for comment on the issue on Monday.

The network operator says it has had to make major investments in upgrading its network as the number of Netflix subscribers has increased in recent years. Netflix has argued that its role is to produce and distribute content, while Internet service providers (ISPs) are responsible for their network infrastructure.

This dispute dates back to 2019 when SK Broadband asked local authorities to intervene. But the load on SK Broadband continued to increase. According to the company, Netflix traffic skyrocketed to 1,200 gigabits per second (Gbps) in September, from 50 Gbps in May 2018.

SK Broadband had to continue to allow Netflix to use its network, based on the principle of net neutrality.

This has sparked controversy, given that foreign companies such as Netflix and Google do not pay carriers for the use of their networks, unlike local content providers such as Naver and Kakao.

Netflix has said it has been paying ISPs commissions for years in the United States to ensure much faster streaming speeds.

Netflix recently unveiled a report intended to highlight its investments amid growing criticism of the matter. But as expected, the announcement did not include details of its commitment to net neutrality issues.

Instead, citing a report from a consulting firm Deloitte, Netflix pointed out that the success of its Korean releases had economic effects estimated at 5.6 trillion won ($ 4.68 billion) on the market. local economy, not only by providing work for partner companies, but also through a ripple effect in sectors such as consumer goods and tourism. The report says this has enabled Netflix to help create more than 16,000 jobs here.

Netflix launched its service here in 2016. Since then, 80 shows and movies have been produced here for the platform. The company has invested 770 billion won to create local content and previously pledged to spend 550 billion won in Korea this year alone.

Netflix Services Korea posted revenue of 414.45 billion won last year, up 123% from the previous year, thanks to the increase in the number of subscribers.

In addition, some have pointed out that “Squid Game” is a series written, directed and produced in Korea with $ 500 million investment from Netflix, but the streaming giant owns the intellectual property of the show and has full control. on its content.

The logic behind the ownership of Netflix is â€‹â€‹based on its investments in content to enable its production. Netflix also takes credit for promoting the Korea-produced TV show, given that the series has been distributed worldwide through its platform.

Over-the-top content service provider (OTT) contracts with partner companies are typically structured this way. OTT companies outsource the production, but own the primary intellectual property for the content.

Top 7 influencers in project management to follow on social networks