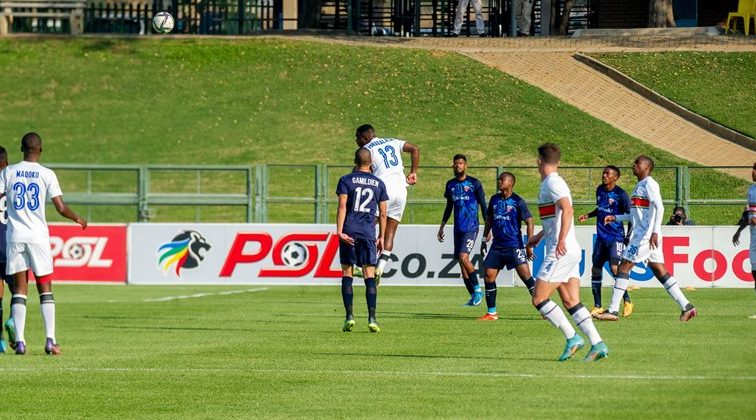 The PSL promotion/relegation play-offs are still in the balance after University of Pretoria and Swallows FC ended in a goalless draw at Tuks Stadium in Pretoria this afternoon. Both teams have four points, but Tuks leads the log on goal difference.

Tuks almost opened the scoring in the first two minutes, but Thabang Sibanyoni’s header went over the bar. Tuks defender Oupa Moeketsi then almost gave Swallows striker Ruzaig Gamildien a goal, but the defender was relieved to see the ball go wide for a corner.

Sibanyoni was a threat in the Swallows defence, and his long-range shot almost confused goalie Jody February in the 22nd minute. Waster Sibanyoni was in the thick of it again, but this time he ballooned his effort over the bar in the 32nd minute.

Kagiso Malinga should have scored for the visitors just after half-time but was too flippant in his attempt. Malinga was called into action again a few minutes later but his header was off target in the 52nd minute.

The PSL side dominated the second half, but Dillon Solomons was denied by the Tuks keeper just over 30 minutes from time. Malinga was a constant threat to the Amatuks defence, but his tame header was saved well by the shooter in the 64th minute.

Kamohelo Mahlatsi missed another glorious chance, when he delayed the shot less than 10 minutes later. Tuks didn’t create many chances in the second half, but the one they did have was turned away just 10 minutes from time.

Swallows almost scored two goals in injury time, the first Keletso Makgalwa was disallowed by the right. Seconds later, Solomons’ effort was blocked by the Tuks defense and the game ended scoreless.

On Wednesday, Tuks host the lower-ranked Cape Town All Stars, while Swallows will be out for the Stars on Saturday. The stars are still without a point after losing both matches. Reported by Vincent Sitsula.