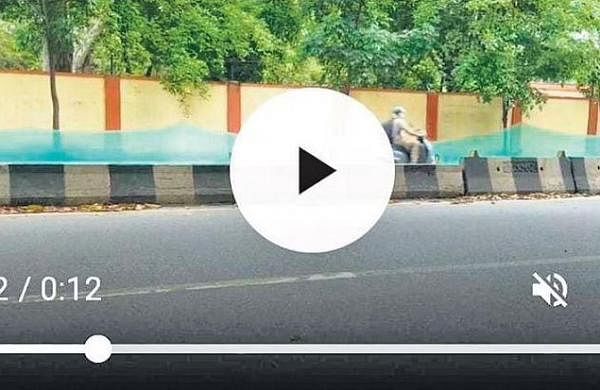 In his Thursday tweet, Bijoor said, “Parde-ke-peeche-kya-hai? It’s time to rename #OldAirportRoad our new #VIPRoad in Bangalore! Whenever there is VIP movement on this road, green curtains go up to cover the work in progress at the BBMP! And once they are gone, everything is rolled! As per usual ! Nice!” Speaking to TNIE, he said it was common that whenever VIPs were in the area, screens would pop up.

According to Lokesh Mahadevaiah, BBMP Chief Engineer (Projects), “The works undertaken on the road relate to the unsignalled corridor undertaken by BBMP. Interestingly, the works were supposed to end in September 2021, but their deadline has been pushed back to March 2022. Despite this, the works are still ongoing.
The incident resembles Donald Trump’s visit to Gujurat, where it was widely reported that a wall was hastily built to block the view of a slum on the former US president’s route.