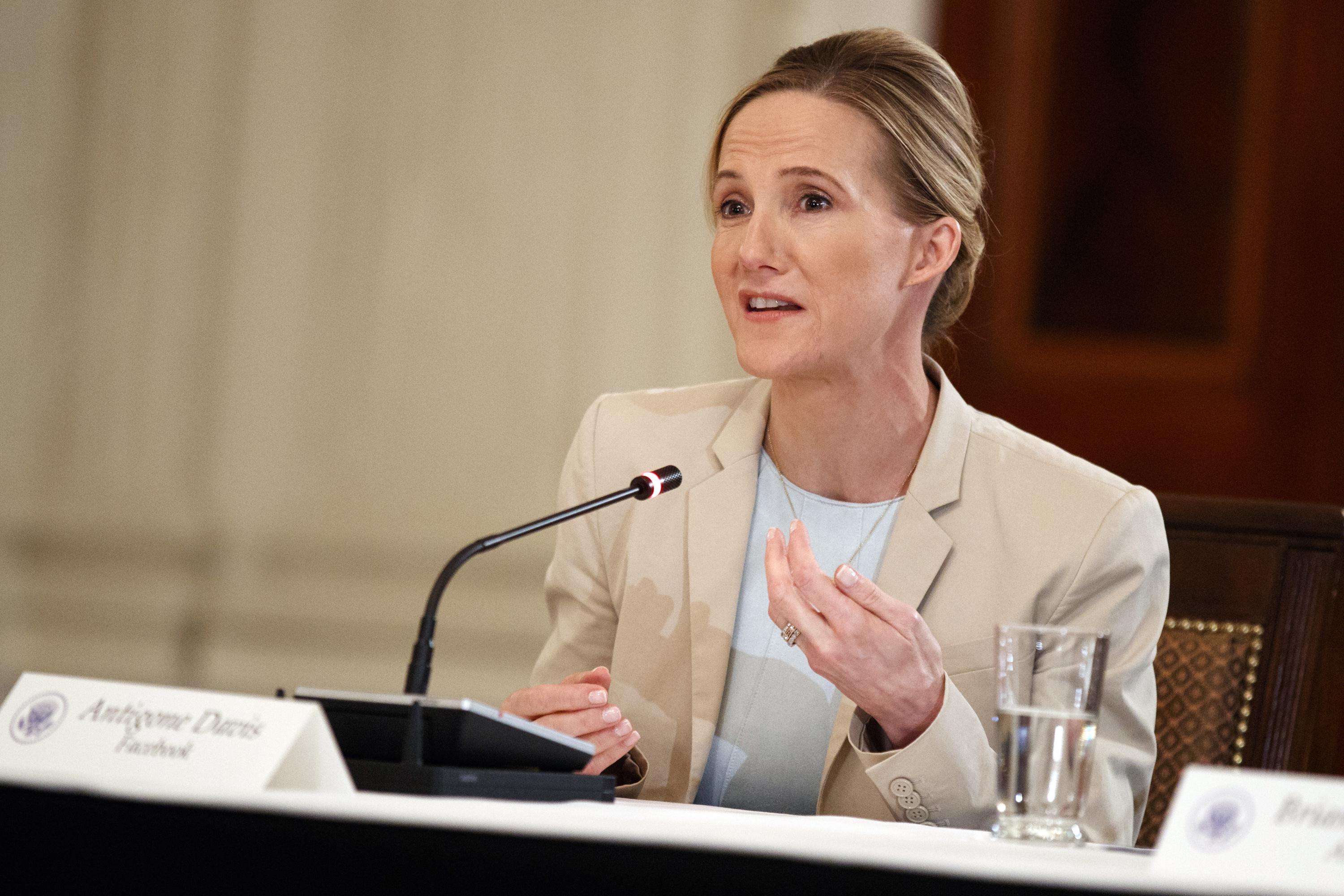 WASHINGTON (AP) – Senators on Thursday launched a barrage of criticism against a Facebook executive over the social media giant’s handling of internal research into how its photo-sharing platform Instagram can harm teens.

Lawmakers accused Facebook of covering up negative findings about Instagram and asked the company to commit to making changes.

In testimony before a Senate Commerce subcommittee, Antigone Davis, Facebook’s head of global security, defended Instagram’s efforts to protect young people using its platform. She took issue with how a recent newspaper article describes what the research shows.

“We care deeply about the safety and security of the people on our platform,” said Davis. “We take the issue very seriously. … We have put in place several protections to create safe and age-appropriate experiences for people between 13 and 17 years old.

Senator Richard Blumenthal, D-Conn., The chairman of the subcommittee, was not convinced.

“I don’t understand how you can deny that Instagram exploits young users for its own benefit,” he told Davis.

The panel examines Facebook’s use of information from its own researchers that could indicate potential harm to some of its young users, especially girls, while publicly downplaying negative impacts. For some of the dedicated Instagram teens, the peer pressure generated by the visually targeted app resulted in mental health and body image issues, and in some cases, eating disorders and suicidal thoughts, showed the research.

The revelations in a Wall Street Journal report, based on internal research leaked by a Facebook whistleblower, sparked anger from lawmakers, Big Tech critics, and development experts. child and parents.

Comparisons to the tobacco industry’s cover-ups of the harmful effects of cigarettes abounded in a session that brought together senators from both sides to criticize the giant social network and Instagram, the photo-sharing juggernaut valued at around 100 billion dollars that Facebook has owned since 2012.

Says Senator Edward Markey, D-Mass: “Instagram is that first childhood cigarette meant to get teenagers hooked early on. Facebook is like Big Tobacco, pushing a product that they know is harmful to the health of young people.

The episode quickly turns into a scandal for Facebook approaching the level of the Cambridge Analytica debacle. The 2018 revelations that the data mining company gathered details of as many as 87 million Facebook users without their permission also led to a Facebook PR offensive and congressional hearings.

“It is quite clear that Facebook views the events of the past two weeks solely as a public relations issue, and that the issues raised by the leaked research have not led to any soul-searching or commitment to change,” said Josh Golin. , executive director. from the Fairplay online children’s watch group. The group, formerly known as the Campaign for a Commercial-Free Childhood, doesn’t take money from Facebook or businesses, unlike nonprofits that Facebook tends to rely on for expert advice. on its products.

Facebook’s public response to the outcry over Instagram has been to suspend its work on a children’s version of Instagram, which the company says is primarily aimed at tweens between the ages of 10 and 12. Instagram director Adam Mosseri said in a blog post on Monday that the company will use its downtime “to work with parents, experts and policy makers to demonstrate the value and need to this product”.

Already in July, Facebook said it was working with parents, experts and policymakers when it introduced teen safety measures on its main Instagram platform. In fact, the company has worked with experts and other advisers for another product aimed at children – its Messenger Kids app which launched in late 2017.

Pressed by senators, Davis declined to say how long the recess would last. “I don’t have a specific date but I have a commitment” that Facebook executives will consult with parents, policy makers and experts, she said. “We want to do it right.”

Blumenthal and Sen. Marsha Blackburn of Tennessee, the main Republican on the panel, also plan to collect testimony next week from a Facebook whistleblower, who is believed to be the person who allegedly leaked the Instagram research papers to the Journal. An interview with the whistleblower is scheduled to air Sunday on CBS’s “60 Minutes” show.

Davis, a former college professor and assistant in the Maryland attorney general’s office, insisted that research into Instagram’s impact on young people “is not a bomb”.

“This research is a bomb,” replied Blumenthal. “This is powerful, compelling and compelling proof that Facebook knows about the harmful effects of its site on children, and that it has hidden these facts and findings.”

“Go to bed, Jessica!” What happened to the little girl in the NSW viral…