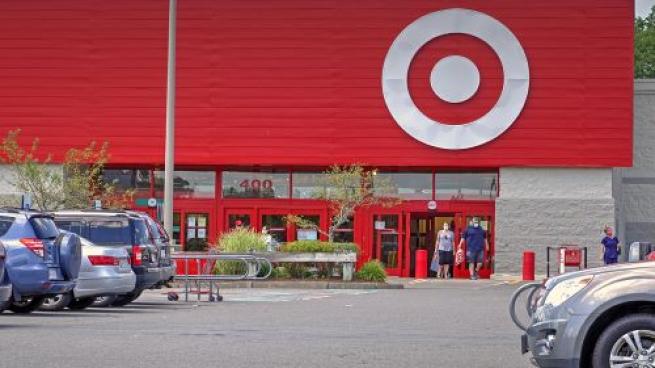 Target Corp. is embarking on a $3 billion cost-cutting plan over the next three years, with the aim of increasing efficiency and increasing profits in a “challenging economic environment”.

The retailer cut its outlook for the holiday quarter on Nov. 16 after seeing a “significant shift in shopping habits” among its shoppers in late October.

During a third quarter earnings call, CEO Brian Cornell said: “If you look at some of the syndicated data that’s come out, obviously you’ve seen a significant shift in consumer buying habits in late October and early November. So it’s clear that it’s an environment where consumers have We know they’re spending more money on food, beverages and household essentials. They’re looking for promotions and looking for that bargain. And I expect the he promotional focus continues throughout the holidays.

Groceries was a silver lining in an otherwise lackluster quarter for Target.

The company said food and beverage sales rose by low double digits as shoppers continue to spend more on essentials such as groceries rather than hard lines. Essentials posted mid-single digit growth, fueled by sales of pet and healthcare products. Beauty experienced comparable store sales growth in the mid-teens.

Overall, same-store sales at Target rose 2.7% in the third quarter ended Oct. 29, on top of growth of 12.7% last year. Paid sales growth was driven by 1.4% traffic growth and a 1.3% increase in average ticket. The company recorded unit share gains in all five major merchandising categories.

In light of an increasingly difficult operating environment, the company has lowered its expectations for revenue and net income for the fourth quarter.

Based on easing sales and earnings trends that emerged late in the third quarter and persisted through November, the company said it believed it was prudent to plan for a broad range fourth quarter sales results, centered on a lower single-digit comparable sales, in line with these recent trends. Likewise, the company now expects a wide range for its fourth-quarter operating margin rate centered around 3%.

“Looking ahead, we expect the challenging environment to persist beyond the holiday season and into 2023,” Chief Financial Officer Michael Fiddelke said.

On the earnings call, Target said retail theft jumped about 50% year-over-year, driving gross margin down about $400 million so far. in 2022.

The company also announced a corporate initiative to simplify and gain efficiencies across its operations, representing an estimated cumulative savings opportunity of $2 billion to $3 billion over the next three years.

“While we are poised to deliver exceptional value to our customers this holiday season, supported by the decisive inventory actions we took earlier this year, the rapidly changing consumer environment means we are planning for the rest. of the year in a more conservative way,” Cornell said. . “We are also taking new steps to increase efficiency now and in the future, optimizing our operations to match the scale of our business and drive continued growth. The progress we have made in recent years to build a truly differentiated, customer-centric retail Our offering, punctuated by a balanced, multi-category portfolio, positions us well to navigate any environment growth.”

“This opportunity is made possible by the rapid growth since 2019, during which Target’s total revenue has increased by approximately 40%. In light of this growth, this effort aims to take full advantage of the scale that was acquired to better position the business to continue growing efficiently over time,” the company said in a statement.

The larger stores will offer a full range of merchandise, including an expanded grocery section, while also having fulfillment space five times larger than previous spaces. According to the retailer, Target stores fill more than 95% of the retailer’s digital orders and same-day services account for more than 10% of its overall sales.

Based in Minneapolis Target Corp. is #6 on the 2022 PG 100 list, Progressive Grocer of leading food and consumables retailers in North Americawith nearly 2,000 pitches.