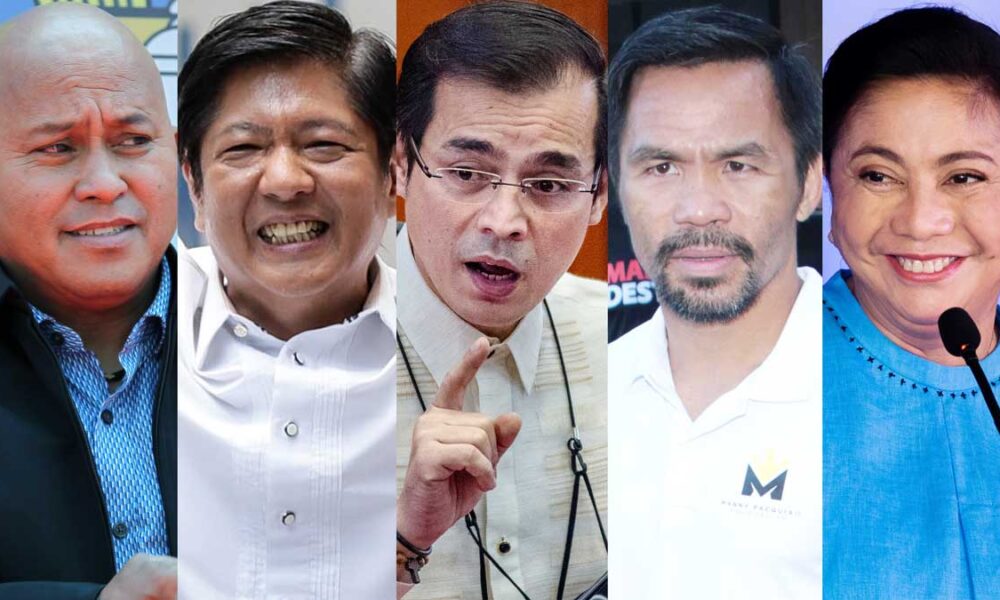 The 2022 presidential elections in the Philippines

As the Philippines goes to vote for a new president on May 9, let’s take a look at how democracy works in the archipelago and what to expect from the upcoming elections.

The difficult road to democracy

Emerging from nearly a century of colonial rule by the United States of America and then under a brief but extremely brutal Japanese occupation during World War II (1939-1945), the Philippines achieved independence on June 4, 1946. , leading to the establishment of the Republic of the Philippines. He established a multi-party democracy based on the presidential system. However, the political functioning did not go smoothly as the new democracy was rocked by a major challenge, the Hukbalahap Rebellion which was a communist insurgency that started in 1942 against the invading Imperial Japanese Army but quickly turned its guns against the democratic government after independence. It was finally deposed under the government of Ramon Magasaysay in 1954. However, the stability could not last long.

In the space of two decades, democracy faced a major challenge when President Ferdinand Marcos, accused of corruption allegations, declared a martial law as he neared the end of his term in 1972. The dictatorship was marked by numerous instances of human rights abuses and repression of dissent, including the assassination of the leader of the opposition, Benigno Aquino Jr. Marcos quickly won the presidency again by calling a snap election in 1986, which many claim was rigged. This sparked massive popular protest in the form of the People power revolution or EDSA revolution (Avenue Epifanio de los Santos, after the location of the protest), and Marcos was forced to flee with his family to Hawaii. Corazon Aquino, the widow of Benigno Aquino Jr. was elected president.

Another major turbulence came in the form of the Second EDSA revolution which peacefully overthrew the corrupt regime of Joseph Estrada in 2001. The successor government of Gloria Macapagal Arroyo was also marred by political scandals and corruption, but managed to achieve economic growth. November 23, 2009 turned out to be the Philippines worst political massacre while 58 people including 34 journalists who took part in Esmael Mangudadatu’s convoy were killed by the powerful Ampatuan clan in Maguindanao in order to prevent the Muslim leader from challenging their monopoly of power by filing his candidacy for the post of governor.

The 1987 Constitution legalized any party that does not condone violence to contest elections.

Presidential and vice-presidential elections, which take place every six years, take place on the second Monday of May. While the presidency is limited to a single term, the vice president can run for two consecutive terms. The president and the vice-president can belong to different parties. The First Past the Post (FPTP) system is followed where the candidate with the highest vote wins, whether or not they achieve a majority. In the event that two or more candidates have the same vote share, Congress decides the winner by a vote.

Half of the senators run for election in the presidential elections and the other half in the midterm elections. All members of the lower house, regional and local officials stand for election every three years. All the elected obtain a plurality and are directly elected by the people. Voting is compulsory, with all citizens aged 18 or over having the right to vote. The elections are supervised by the Electoral Commission (COMELEC). The new incumbents take office on June 30.

How is Duterte perceived?

As incumbent president, Rodrigo Duterte has drawn mixed reactions at home. His loose tongue (controversial remarks on the Davao hostage crisis in 1989; criticism of international leaders such as barack obama) as well as mismanagement during the Covid pandemic which saw the gross domestic product (GDP) slide down of 9.5%, its worst since World War II, has drawn much criticism not only in the Philippines but also around the world.

Its Tax Reforms for Acceleration and Inclusion (TRAIN) have been vehemently criticized by left-wing groups as “anti-poor”.

by Duterte pro-china foreign policy has also been heavily criticized. While his “War on Drugs” has been criticized as one of the worst cases of human rights violations and extrajudicial killings by human rights activists as well as international organizations including the International Criminal Court, which called for an investigation against him, many in the Philippines still support him as a strong leader who dared to launch a campaign against drug cartels.

A national survey revealed seven major issues that form the bulk of the parameters on which the next president is likely to be elected.

The economy and Covid vaccines were cited by 60% and 51% of respondents respectively as the major problem. Other issues include employment, education, corruption, poverty and crime.

Manila’s foreign policy towards China could also be considered with candidates calling out Beijing for claiming Philippine maritime territories in the South China Sea and allegedly harassing its fishermen. Wang Yi, Chinese Foreign Minister and State Councilor declared that the Philippines must not allow external “disturbances” to hamper its relations with Beijing. Duterte and Chinese President Xi Jinping are set to interact as Manila is set to conduct a military exercise with the United States that would be the largest in seven years. Although the United States was regularly criticized by Duterte in his “War on Drugs” campaign, closeness to Washington has been a major issue among leftist supporters.

Who are the Frontrunners and what do they offer?

Marcos Jr., who is fighting alongside the mayor of Davao City and President Duterte’s daughter, Sara Duterte-Caprio, as the running mate, has sworn continue the policy of the current president. While the president, who once called Marcos Jr. for drug use and described him as a “weak leader” without naming him, has himself not approved his candidacy, segments of his PDP-Laban party, which was founded to oppose the dictatorial role of Marcos Sr., came out in support of the candidate.

The others at PDP-Laban stay with Manny Pacquiao or ‘PacMan’, the legendary boxer turned senator, who sworn imprison the corrupt politicians of the Duterte regime. Pacquiao is not only popular for his glorious sports career, but also for his rise to wealth. He owns promised to improve health care and education, provide housing and ensure economic growth. Its running mate is José Atienza, a former environment minister and member of Congress.

Pacquiao isn’t the only celebrity in the race. He would face movie idol and current Manila Mayor Isko Moreno. He owns sworn zero tolerance against Chinese maritime aggression and promised to provide labor reforms, infrastructure and health care development. His running mate is Dr. Willie Ong.

The former national police chief who was convicted in a murder case but later cleared of the allegations, Panfilo Lacson is also in the running. He owns sworn to support health care, small businesses and root out corruption. His running mate is Vicente Sotto, president of the Senate and a former comedian.

While Bongbong Marcos seems to be firsthis support for dropped in favor of the former Vice-President and Minister of Housing, Leni Roberdo. A human rights lawyer, Roberdo left Duterte’s cabinet after being barred from meetings and became one of his fiercest critics. She has interrogates the “War on Drugs” campaign for human rights violations. She pledged to install transparency in the public sector, improve health infrastructure and lead a government that cares about the people. Its running mate is a lawyer and senator, Francis Pangilinan. If she wins, Roberdo would be the third female president of the Philippines.

A long road to democratic consolidation

Democratic consolidation refers to the process of maturation that a new democracy undergoes as the reversal to authoritarianism becomes impossible. Although it has operated as a multi-party democracy for nearly four decades, the Philippines’ political system retains several flaws.

The London-based Economist Intelligence Unit (EIU) think tank has classified the Philippines as a “flawed democracy”, lagging behind many Southeast Asian countries such as Malaysia and Singapore.

Splitting votes due to a number of candidates vouching for the same office often means an unpopular leader comes to power. Additionally, instability due to disagreements and poor governance occurs when the president and vice president belong to different political parties.

The elections are dominated by influential families and celebrities rather than by ideologies or development programs. Rigging and electoral violence are not unknown.

Civil liberty and freedom of expression are poorly preserved. Demonstrations are often suppressed and journalists murdered.

Moreover, a study revealed that about 40% of Filipinos recognized having known someone whose vote was bought by the candidates.

One can only hope that whoever wins the next election will work conscientiously to raise the standard of living of ordinary people by addressing pressing issues and contribute positively to making the Philippines a full-fledged democracy, because democratic consolidation will not is not an end in itself. itself but a long journey that must be made by leaders, individual citizens and civil society groups.