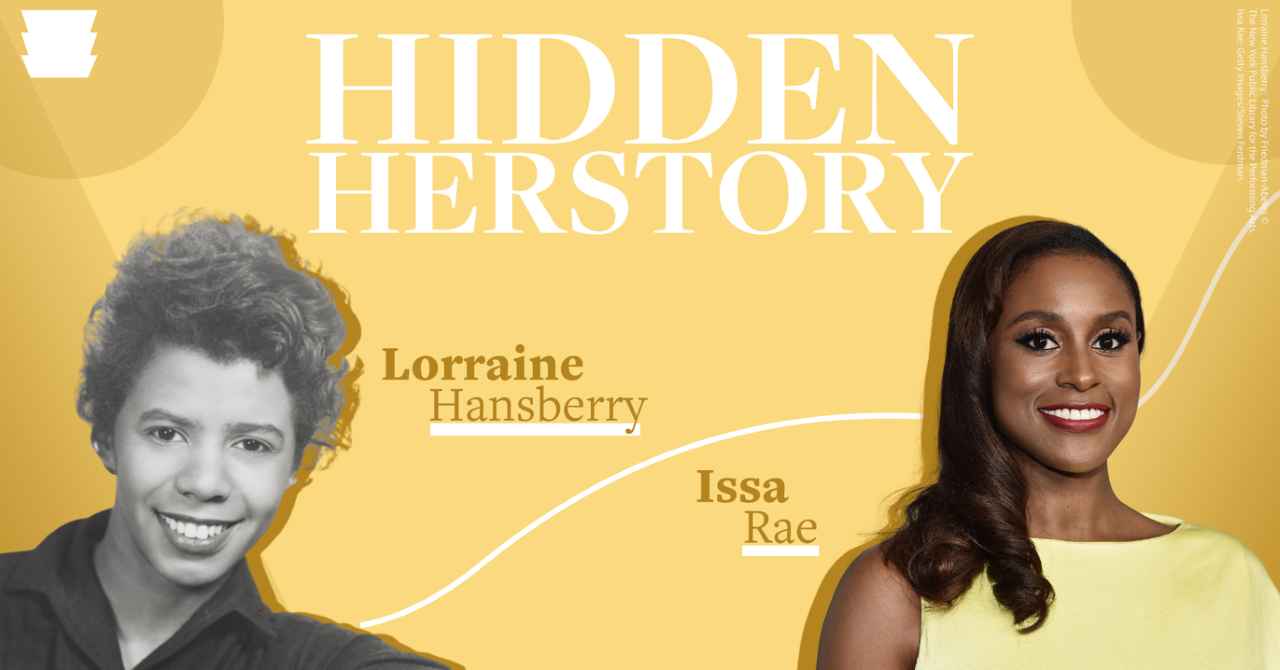 To celebrate Women’s History Month, the Smithsonian’s National Museum of African American History and Culture (NMAAHC) is offering virtual programs for all ages centered on women’s history and influence. The museum will feature a book discussion with author Tomiko Brown-Nagin focusing on Civil Rights Queen, the first major biography of Constance Baker Motley, an activist lawyer who became the first black woman appointed to federal justice and one of most influential judges in the country. .

The museum will also host a film discussion featuring Unapologetic, a POV documentary directed by Ashley O’Shay that follows abolitionists Janaé Bonsu and Bella BAHHS through the world of queer feminist activism, beginning with efforts to seek justice for the 2012 murder of Rekia Boyd.

This month marks the bicentennial birth of Harriet Tubman, abolitionist and Underground Railroad conductor. Tubman’s story, impact, and influence on American life can be seen through several museum exhibits. Beginning with the “Slavery and Freedom” exhibit, the public can view his handkerchief and hymns and view his apron in the museum’s “Keeping the Promise: Reconstruction and its Legacies” exhibit. They will be able to conclude their journey with a contemporary piece in the museum’s latest exhibition “Reckoning: Protest. Challenge. Resilience. which displays Bisa Butler’s quilted portrait of a young Harriet Tubman titled “I’ll Prepare a Place for You”. From home, the public can view several newly digitized artifacts and stories on the museum’s website and learn more about Tubman’s legacy through his Searchable Museum website.

Other programming in March includes a book talk with Michelle Coles about her first book, Black Was the Ink, which follows a modern-day teenager who is transported back in time and learns first-hand through the eyes of his ancestor African-American political leaders who fought for change during the Reconstruction period.

During Women’s History Month, NMAAHC’s social media channels will launch their award-winning #HiddenHerstory social campaign, which highlights the lesser-known stories and impact of African American women. This year, the campaign shines a light on women in the arts, particularly those from the past and from different artistic disciplines juxtaposed with their contemporaries, connecting the past to the present. The public can follow @NMAAHC on Instagram, Twitter and Facebook to see this year’s #HiddenHerstory campaign.

March Virtual Programming Schedule
NMAAHC’s Award-Winning #HiddenHerstory Campaign: Women in the Arts
During Women’s History Month, the public can follow the museum on social media with the hashtag #HiddenHerstory. The museum will focus on women in the arts, highlighting women of the past through different artistic disciplines juxtaposed with their contemporaries, connecting the past with the present. The public can view this year’s #HiddenHerstory social media campaign by following @NMAAHC on Instagram, Twitter and Facebook.

Black Was the Ink with author Michelle Coles: Using fiction to investigate Reconstruction and its legacies.
Tuesday, March 1; 6 p.m. ET
In this virtual conversation, author Michelle Coles talks about her debut album, Black Was the Ink. Black was the Ink is the story of a modern-day teenager who learns a very important lesson about the Reconstruction era and applies it to his contemporary life. During this conversation, Coles will dialogue with educator Sarah Elwell about representation in literature for students and why the history of Reconstruction is important in understanding people in the present. Registration is mandatory. This book talk is presented in support of the NMAAHC exhibit “Make Good the Promises: Reconstruction and Its Legacies.” Registration is mandatory.

STEM Workshop: In the Spirit of Margaret Collins, “The Termite Lady”
Tuesday, March 8; 4-6 p.m. ET
During this free virtual workshop, participants will use Margaret Collins’ research notebook to examine the ecological relationships of termites inside and outside their bodies. Known as the “Termite Lady,” Collins earned her doctorate in entomology and was the first African-American female entomologist. During her career, she traveled the world studying termites, identified a new termite species, and served as a teacher and researcher at several organizations in Washington, DC. Through all of her research and travels, she remained committed to the civil rights movement in the 1950s and 60s.

Workshop participants will use Smithsonian digital resources such as the SI Transcription Center and Collins’ research experiments to learn how scientists collect and interpret data and study ecological connections. This workshop will be held virtually and will have a pre-recorded and live component. Participants who complete the live workshop will be eligible to receive four teacher professional development credit hours. Registration is mandatory.

NMAAHC Kids: Classroom Connections
March 8, 10, 22 and 24; 11 a.m. to 11:45 a.m. and 1:30 p.m. to 2:15 p.m. ET
Classroom Connections experiences are live virtual school programs designed for kindergarten, first and second grade classrooms. Led by an NMAAHC educator, each 45-minute session per class includes engaging conversations about the museum’s history and collection objects, an interactive story hour, and an art project. Each class will receive a list of accessible supplies needed for the session. The programs are free; however, registration is required.

Digital Docent round table: “Reckoning: Protest. Challenge. resilience.”
Monday, March 14; 1-2:15 p.m. ET
A panel of museum faculty discuss their favorite works of art in one of the museum’s latest exhibits, “Reckoning: Protest. Challenge. Resilience. and share reflections ranging from challenge to resilience, from grief to mourning and hope for change. The exhibit bears witness to how artists and photographers are using their voices to honor those lost, elevating names such as Eric Garner, George Floyd and Breonna Taylor at protests and in online communities. The program can be viewed on the museum’s UStream page.

Through the African American Lens: Attica
Tuesday, March 15; 7-8 p.m. ET
In this dynamic panel discussion, audiences can learn about the history and creation of ATTICA, a powerful film from Emmy-winning director Stanley Nelson and co-director Traci A. Curry about the biggest riot in prison in American history. In 1971, a prison rebellion broke out at Attica Correctional Center, with inmates taking 39 guards hostage and presenting a list of demands. Although most of their demands were met, New York Governor Nelson Rockefeller ordered the state police to regain control of the facility in what would become one of the most serious acts of citizen conflict. more violent since the civil war. Courtesy of Showtime, the documentary includes archival footage of media coverage, closed-circuit video from inside the jail, and first-hand accounts from those present during the riot. Nelson, Curry and James Asbury, who was being held at Attica Correctional Facility when the riot occurred, will meet to discuss the film as a call for prison reform and justice accountability. Nominated for an Academy Award for Best Documentary Feature, ATTICA is available courtesy of Showtime. Registration is recommended.

Sharing Your Story: Navigating the Community Curation Platform with Maya Rhodan
Wednesday March 16; 12 p.m. to 1 p.m. ET
In this program, Maya Rhodan of the museum’s Robert F. Smith Center discusses the community curation platform, where museum visitors (in person or online) can share their personal and community stories, images, videos, and reflections. This interactive conversation will introduce the platform and show how to use it to collect and share family memories. Rhodan is the digital content producer for the museum’s Center for the Digitization and Preservation of African American History. Registration is recommended.

Through the African American Lens: Shameless
Monday, March 21; 7-8 p.m. ET
The museum will host a panel discussion on Unapologetic, a POV documentary directed by Ashley O’Shay and produced by O’Shay and Morgan Elise Johnson that gives voice to the vibrancy and impact of female activists charging the Movement for Black Lives. Based in Chicago, the film follows abolitionists Janaé Bonsu and Bella BAHHS through the world of queer feminist activism, beginning with efforts to seek justice for the 2012 murder of Rekia Boyd. The film also highlights the work of Mayor Lori Lightfoot, a leading figure in the modern civil rights movement. Panelists will include O’Shay, Johnson, Bonsu and BAHHS. Unapologetic is free to stream on PBS through the end of February. Registration is recommended.

Historically Speaking: The Civil Rights Queen by Tomiko Brown-Nagin
Tuesday 29 March; 7-8 p.m. ET
Audiences can listen to a virtual conversation between NPR’s Michel Martin; Tomiko Brown-Nagin, dean of the Harvard Radcliffe Institute; and Daniel PS Paul, professor of constitutional law at Harvard Law School, on his acclaimed biography of Constance Baker Motley, civil rights queen. This book is the first major profile of Motley, an activist attorney who became the first black woman appointed to federal justice and one of the most influential judges in the United States. Brown-Nagin’s text offers an insightful account of the twin struggles for gender equality and civil rights in the 20th century. The books will be available for purchase through Smithsonian Enterprises. Registration is recommended.

Concert tribute to the masters of jazz NEA 2022
Thursday, March 31st; 10:30 p.m. ET
The National Endowment for the Arts will honor the 2022 NEA Jazz Masters, including Stanley Clarke, Billy Hart, Cassandra Wilson and Donald Harrison Jr., during a tribute concert, organized in collaboration with SFJAZZ. The concert will be streamed live on arts.gov and sfjazz.org and will also be available on the National Museum of African American History and Culture website. Registration is recommended.
About the National Museum of African American History and Culture
Since opening on September 24, 2016, the National Museum of African American History and Culture has welcomed more than 7.5 million in-person visitors and millions more through its digital presence. Occupying a prominent location next to the Washington Monument on the National Mall in Washington, D.C., the nearly 400,000 square foot museum is the nation’s largest and most comprehensive cultural destination devoted exclusively to exploring, documenting and presenting African-American history and its impact. on American and world history. For more information about the museum, visit nmaahc.si.edu and follow @NMAAHC on Twitter, Facebook and Instagram or call Smithsonian Information at (202) 633-1000.

How an installment loan can affect your credit score