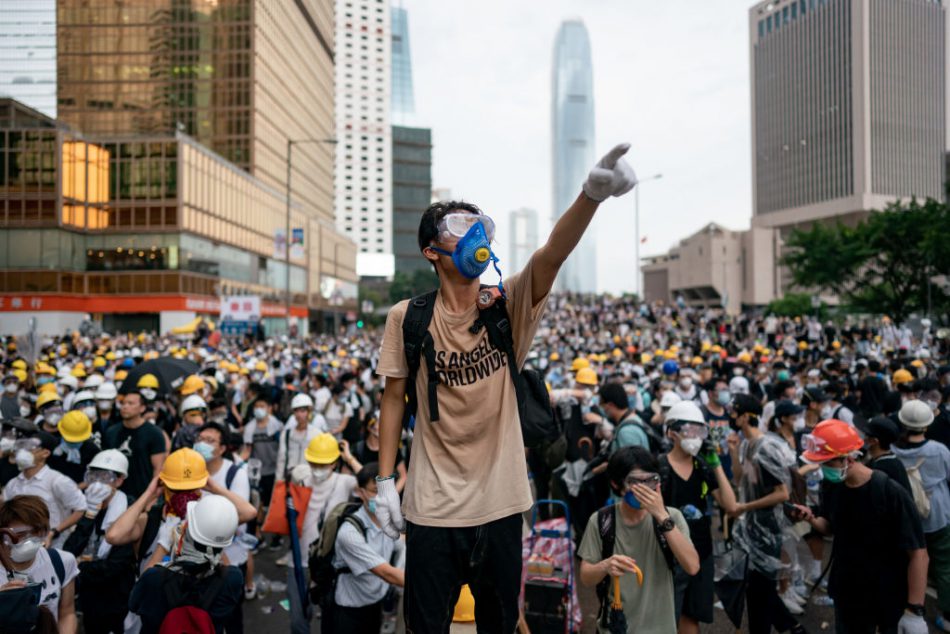 The personal cost of the protest in Hong Kong

On June 9, 2019, David * joined street protests, like other Hong Kong people who feared for their future amid plans to introduce extraditions to mainland China. He thought it was reasonable to hope that the government would withdraw the controversial bill. After all, Hong Kong has a history of successful protests.

David recalled that in 2003, the last time the government attempted to reform national security laws, concerns about free speech sparked a protest by half a million people. Then the government listened and suspended the reform.

What David struggled to understand is why, just over a decade later, the government chose to ignore its citizens when there were more than a million of them trying to be heard. . But after the demonstration on the 9th, he knew his hopes were misplaced. Everything had changed, and now he was going to have to fight harder.

David says the protests really started to escalate from June 12, as more people grew angry at the government’s passive stance and police violence against protesters.

That day, he and others began to gather in the Admiralty District near central Hong Kong in the early hours of the morning to try to prevent the Legislative Council from starting second reading of the bill. of law. Although the reading was postponed, protesters remained, resisting police using tear gas and rubber bullets.

On June 15, Leung Ling-kit, a pro-democracy social activist, became the first person to die during the protests. His death, still mired in controversy, was viewed by many activists as suicide, sparked by desperation with the government leadership.

The next day, more than two million people gathered on the streets, and from that point on, different demonstrations took place every weekend.

David says he and other protesters – who called each other “brothers and sisters” to show solidarity – didn’t have a clear plan or outcome in mind at this point. Most joined the protests separately, but occasionally he went with friends.

â€œ’Be the water’ is a method that we adopt,â€ says David. â€œWe don’t have a leader; we play it by ear. And sometimes it is easier to leave the premises if the situation becomes dangerous.

The protest information was disseminated on social media platforms like Instagram, Telegram and Facebook and using AirDrop. Encrypted Telegram accounts, which do not require traceable phone numbers, allowed ‘siblings’ to alert each other about dangerous places and places with food or available protective gear like helmets. , respirators, gloves and goggles, sometimes provided by “parents”.

The â€œparentsâ€ were older supporters whose various family, professional and health problems prevented them from demonstrating. However, their contribution and support to young people has been immense. Many organized “school buses” – private cars – to carry out “after school pickups” for protesters. For example, on September 1, as protesters fled a mass arrest at Hong Kong International Airport, supporters online used the hashtag #backhome to call for public support to protect the safety of protesters. â€œParentsâ€ along with other volunteers on the road organized private cars to rescue the protesters. This operation was later called â€œHong Kong Dunkirkâ€.

Eventually, David was arrested during a protest in Wan Chai District, after being arrested by several police officers and sprayed with pepper as he tried to speak to the crowds around him. The mob intentionally registered his name, to let friends know he was arrested and allow them to contact lawyers.

When David was questioned, he was asked to sign a search warrant against himself. He refused at first, giving his friends and family time to remove sensitive content from his computer and hide his protest equipment.

Legally, Hong Kong police can only detain suspects for 48 hours. David was eventually allowed to meet with a lawyer and receive hospital treatment for minor injuries. He spent over 40 hours in detention but considered himself lucky. David says he was â€œonlyâ€ intimidated and humiliated by the police, but later heard that others had suffered violent or even sexual assault.

David suspected that police had infiltrated Telegram group chats to target protesters by first gaining their trust, collecting written evidence, and then arresting entire groups. During physical protests, police cordoned off areas for mass arrests. The police were relatively peaceful at first, he says, but as the protesters grew increasingly frustrated with the government, the police became more violent and were accused of having ties to gangsters.

Looking back on the past few years, David says he is very confused about his own future and that of the country. The promulgation of the law on national security and the closure of the pro-democratic newspaper Apple Daily have sparked despair and even migration.

â€œHong Kong has become to an authoritarian government to some extent – they have tried to promote people with police backgrounds into government,â€ he said.

â€œThe government decided to pass the National Security Law to intimidate and silence the citizens of Hong Kong, which makes it easy for the government to control people. In the past, the government could claim to be democratic to some extent, and now it doesn’t care. Everything in Hong Kong is designed to be convenient for Beijing. The gap between the people and the government is widening.

However, David never thought of leaving; Hong Kong is her forever home.

David’s family did not understand why he had risked his life to express his opinion.

â€œI never talked about protesting with my family, even after my arrest. They only asked me if I was coming home for dinner or if I should bring lunch for work, â€he says.

â€œIn fact, we are not talking about politics. I think they still love China because they were among those who were forced to migrate illegally to Hong Kong due to the difficult economic circumstances in China, and we still have many relatives on the mainland. Although they do complain about the government from time to time, they don’t hate it.

â€œSome people care about society and politics, but they don’t have the time or the energy. They have three jobs and after paying their rent they can only afford one or two meals. If they take part in the protests for just one day, it probably costs them three days of a living budget. ‘

After his release, David still has to report regularly to a police station and could still be prosecuted if new evidence is found. Living in the shadow of a possible 10-year riot conviction, David does his best to appreciate his freedom and his family and friends. â€œI feel like my freedom is being borrowed,â€ he says.

Public gatherings and protests are even less tolerated in Hong Kong now, in part because of Covid-19. David still doesn’t know how best to help his household, nor how far Beijing will go to limit citizens’ rights under the â€œone country, two systemsâ€ policy.

â€œI appreciate the attention the international community has given to Hong Kong. However, I hope people can also pay attention to other countries like Thailand and Myanmar which are still struggling for democracy.

* The interviewee was not identified by name due to potential risks to their personal safety.