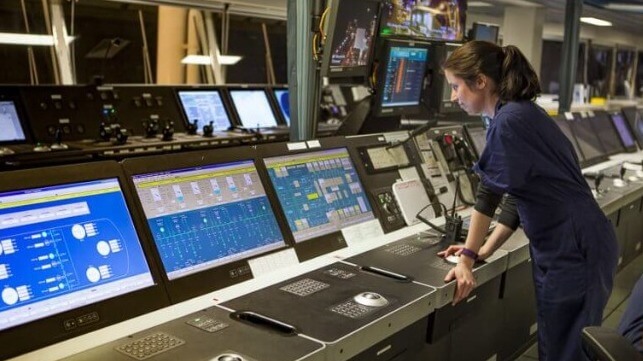 Why do we always ask if women belong to the sea?


Over the past year, much has been written about women seafarers and our role in the marine industry. unfortunately, the tone and tenor of the cover could unintentionally dampen the remarkable strides women are making to break into this male-dominated field.

I am a proud Merchant Mariner and graduate of the US Merchant Marine Academy. Since 2008, my career has spanned both the maritime and offshore industries, having sailed on vessels around the world, including Antarctica. I love my career, which has allowed me to cross oceans, visit distant lands and contribute to an industry that transports 90% of the world’s goods.

Women sailors are relatively few in number, but we are a robust and growing group, representing 12% of licensed sailors in the United States. Worldwide, there has been a 46% increase over the past seven years, bringing the total number of female seafarers to approximately 24,000 worldwide.

This increase is attributable to many factors. Social media has been a huge recruiting tool, but companies are also realizing that they cannot exclude half the population and expect to attract enough qualified seafarers.

Change is hard for any industry and mine is no different. It’s no secret that sexual harassment and assault (SASH) exists in all workplaces, including at sea; however, a big part of the solution is to hire more female sailors. We have learned that if only one woman works on board a ship, she is much more likely to experience forms of SASH.

I know this all too well, from my own career and from listening to women in the maritime community. I founded an organization in 2017 called Women Offshore, and I’ve heard first-hand accounts of unacceptable, sometimes illegal, behavior that still happens overseas.

You might be wondering, given this, why would women want to work on a ship? It’s a fair question, leading some to conclude that we don’t belong there. However, SASH does not know gender; such misconduct will occur with or without women on board. Additionally, when a workplace issue persists, whether it’s SASH or injury, it’s not enough to simply remove victims; the root cause must be identified to prevent it from happening again. Simply put, preventing women from pursuing careers on the water and reaching new milestones is not a viable solution.

Accountability and prevention are key to eradicating SASH, and I believe my industry is receptive to change. The Maritime Safety Act was introduced in the House in February and then incorporated into the Coast Guard Licensing Act (HR 6865, Title VI), which passed the House in March with bipartisan support. If adopted, it will accelerate and cement industry-wide improvements. It will make convicted sex offenders ineligible for U.S. Merchant Navy certifications, penalize businesses and bystanders for failing to report crimes of sexual violence, and require a number of additional measures to protect victims and prevent sexual violence on board ships.

As I write this I am thrilled to be 28 weeks pregnant and looking forward to both taking paid maternity leave and returning to my ship as a new mother. I will continue to make waves for my daughter, who I hope will follow in my footsteps. After all, she already has several months of offshore experience, and I expect more doors to open for women as she emerges into the industry.

On National Maritime Day 2045, I imagine my 23-year-old daughter working in an industry that takes a hard line against sexual violence, holds perpetrators accountable, celebrates bystander intervention, and most importantly, supports victims, regardless of gender.

In this future, shipping companies will have normalized the presence of women on board, especially in management positions. Women will regularly rise to the high ranks of captain or chief engineer and be celebrated for their accomplishments, not their gender.

Today, as we mark National Maritime Day, I challenge industry leaders to firmly reject the narrow mindsets that marginalize women seafarers, to confidently recruit and support women, and to implement changes that will promote inclusive and safe workplaces for all seafarers.

When not working overseas, Ally Cedeno resides in Houston, Texas, where the advocacy group she founded, Women Offshore, is headquartered.


The opinions expressed here are those of the author and not necessarily those of The Maritime Executive.

Can users become full-fledged links in the attention economy and reap benefits?