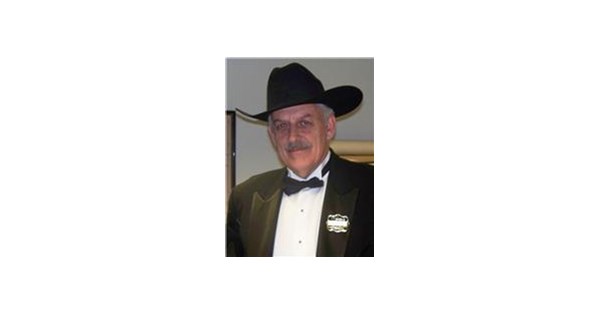 Bill was raised on a small farm in Michigan where he first acquired his love for farming. After graduating from East Lansing High School, he enrolled at Michigan State University (MSU) where he began his life in the beef industry. Bill was an avid cattle evaluator and was a member of the cattle judging team at MSU where he was very successful and always enjoyed the instruction he received from his trainer and lifelong friend, Dr. Harlan Richie. After graduating from MSU, Bill continued his education by earning a master’s degree from the University of Wisconsin where his success in cattle judging continued, but this time as a trainer. All the success he has had as a coach has nothing to do with the most important thing he received in Wisconsin, which was the introduction of the love of his life, Donna Zimmerman.

Bill and Donna were married on April 30, 1971 and spent the next 50 years together creating a lifetime of memories and leaving their mark on so many. Shortly after their marriage, Bill and Donna moved to Lexington, Kentucky where Bill coached the cattle judging team at the University of Kentucky and went on to impact many young people who would go on to make big things in the industry. Throughout his life, when Bill recognized a young person’s potential to impact the industry or achieve his goals, he was the first to lend his support and share some of his expertise gained through course of his journey. His willingness to take the time to share words of encouragement with people over the years has been an invaluable gift to so many.

On April 17, 1973, Bill and Donna started their family with the birth of their firstborn, Blake William. After two years at the University of Kentucky, Bill made a career change that would set in motion the next nearly 50 years of his professional life. In the fall of 1973, Bill moved his family to Pine Bluff, Arkansas as he became a field man for the American Polled Hereford Association. This is where Bill’s love for the purebred side of the beef industry was forged. He has traveled across four states, as well as nationally, working with Polled Hereford breeders, helping them market and promote their operations, and conducting the affairs of the Association.

While in Arkansas, Bill and Donna expanded their family with the first blessing on September 27, 1976 when their daughter Miki Renee was born. Just 13 months later, another blessing came with the birth of their third child on October 29, 1977 with their daughter Marisa “Missy” Lynn.

In 1978, Bill and Donna moved their family to Colorado as Bill accepted a position at the Record Stockman newspaper. Bill enjoyed working with seed stock operations and helping them with their marketing and promotional strategies for their annual production sales. One of his most valued and appreciated contributions in this capacity was the ability to provide ringman services during these production sales. For those working in the cattle industry, Bill has been a fixture in production sales across the country for decades. He had a knack for calculating the sales average moments after any sale was made. Those who knew about this ability would seek him out to see how the sale ended up, because even in today’s computing world, he was always the first to get the averages calculated.

After leaving Record Stockman, Bill worked for Superior Livestock Auction for several years where he built the sales catalog, developed advertising and promotional campaigns and generated sales reports. However, Bill’s passion remained in the thoroughbred side of the business and when given the opportunity he returned to that segment of the industry when he became Yards Manager at National Western Stock. Show (NWSS). During his many years with the NWSS, Bill’s contributions to the activities that took place “in the yards” were immeasurable. One of his contributions became an iconic glimpse into history when he built the “Wall of Champions” in the Breeding Center. It provided a visual tour of the past for anyone who watched it. Bill’s most recent impact on the industry came when he was Livestock Manager at the Nebraska State Fair. Bill was hired when the fair moved to its new location on Grand Island and he has been pivotal in advancing not only the Nebraska State Fair, but the incredible facilities, in one of premier livestock show grounds in the country.

Bill has dedicated his entire life to serving the beef industry and his contributions to it have been significant. Bill was not someone who sought praise or recognition, but found joy and personal fulfillment in knowing that the event he was attending, whether it was a production sale or a national broadcast, was as successful an event as possible and that he had done everything in his power to ensure the outcome. Based on his selfless nature and good soul, he was loved and cherished by so many people he came in contact with over the years.

Of all his accomplishments, the one he was probably most proud of was being a grandfather. Bill was blessed with 4 grandchildren whom he loved and adored. He attended all the activities they participated in and enjoyed spending time with each of them. He was a beloved grandfather who will be greatly missed.

Bill loved his Lord and Savior Jesus Christ, his family, his countless friends, the cattle industry, his MSU Spartans, and the United States of America, whom he proudly served in the National Guard.

A service of life celebration will be held on Friday, February 4, 2022 at First Presbyterian Church in LaSalle, Colorado at 1:00 p.m. and will be broadcast live on www.moserfuneralservice.com. A reception will follow at the church. In lieu of flowers, donations may be made to First Presbyterian Church of LaSalle or to one of Bill’s favorite charities, St. Jude Children’s Hospital or The wounded warriors Project.

Sponsored Content: Personal Loans — Why Should You Get One?