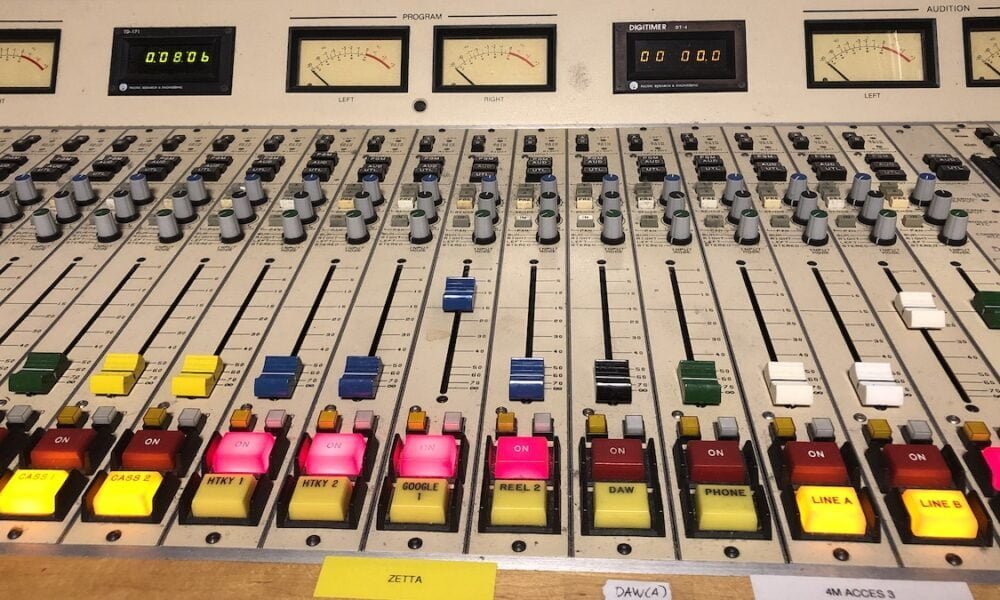 Your producer is your most useful P1

Does anyone still use the word “radio”? He appears to be the eighth member of the â€œSeven Bad Words You Can’t Sayâ€ in the broadcast world.

When you look at the names of the companies that own and operate terrestrial radio stations, there is one thing in common: the absence of the word “radio” and the emphasis on the phrase “MULTI-PLATFORM”.

It’s understandable. We live in a world where the internet, smartphones, 5G and other digital technologies have revolutionized the way people consume audio. Radio companies have conceived of themselves as factories of content curation, distributing their content through as many different channels as possible. It is the only smart and logical game.

There is also a problem common to all these new cross-platform operators: poor execution.

Hosts are asked to write a weekly column, although they lack the skills to be effective writers. Others are encouraged to do a weekly podcast, even if they don’t know how to organize one properly. The radio shows are streamed live on video platforms like Twitch despite the talent not knowing how to act in front of a camera or cultivate an audience on the burgeoning social platform.

Why is this done? For many radio operators, quantity has been more important than quality. The exercise was to create more inventory to sell.

Talents or managers have also had little or no incentive to want to create quality content on different platforms. The remuneration for most talent contracts is always based on the production of a terrestrial radio show. Of course, talent is EXPECTED to create digital content, and managers are EXPECTED to uphold said mandates. However, this is all just part of their deals. The bonuses mainly evolve around the achievement of certain Neilson scoring metrics. Digital bonuses (if they exist) are usually nebulous with no specific goals or metrics in mind.

The solution to being truly effective in the multiplatform world isn’t complicated and really comes down to two things: incentivize and educate.

MAKE YOUR TIME WORTH

Want good cross-platform content? Pay for it. Want bad content? Continue to force talent to do so as part of â€œtheir dealâ€. It is that simple.

Hosts and managers should have specific digital goals and metrics built into their employment contracts. If people are supposed to create original content outside of their radio program, they should be incentivized to do so through compensation.

If they write an online column, give them a bonus once they hit a certain volume of traffic. If they create an original podcast, pay them based on how many plays and downloads they get. If you put a show on Twitch, bonus hosts once it hits an average monthly feed count. Hold program and content directors accountable for digital traffic like you do for the radio station’s Neilson reviews.

Invest in the efforts of your employees and they will reinvest in you and the content created. It is not a difficult concept. Because if you don’t, others will.

Draftkings gave Dan Le Batard and his team $ 50 million. Spotify gave Joe Rogan $ 100 million. Even at the local level, we are seeing defections. The “Jox Roundtable” has just announced that it is leaving WJOX in Birmingham in order to be able to launch its content on its own digital platform. There are countless former program directors who have migrated to platforms like Sirius / XM, TuneIn, and other non-traditional audio content providers because the pastures are greener just like paychecks.

I have news for you, these defections will not continue until the approach of 2022. Why should they not?

EDUCATE … AND NOT BY ZOOM CALL

Sorry, but bringing in a guest speaker to give a one-hour training session on how to effectively write a column, create a podcast, or use YouTube isn’t going to be enough.

There is so much more value in an employee immersing themselves in an atmosphere of something else that is new. You can’t do this by twisting their arm to attend another full staff meeting or a mandatory zoom call. You have to get them off the siteâ€¦ out of the office and into an atmosphere where they are surrounded by people they don’t know, teaching them the freshness of something they know little or nothing.

I’ve always found that attending these events always helps “sell the sizzle.” I learn new things and find new ideas. At the very least, you are showing an employee that you are invested in them and in their continued development.

WE STILL HAVE TIME

Recently I surprised a good friend of mine.

His father, who is a HUGE White Sox fan, had just recovered from a fight with COVID-19 that put him in hospital. Since it was Father’s Day, I thought I would surprise him.

I asked our announcer, Len Kasper, to yell at my friend’s dad right before the first pitch, wishing him a Happy Father’s Day and hoping the White Sox could bring him a win.

Naturally, his father loved it. They took him to lunch and the whole family could hear him.

All this joy from a simple 10-second message delivered live on the air.

Radio still has that kind of power to effectively interact with consumers with so little effort. Sometimes I think people in the industry forget about it.

Radio is not dying, it is simply undergoing an evolution. While most people in the industry recognize it, few people are navigating evolution in the right way.

There is potential for great days to come for those of us in the audio content world. Hoping that those in charge will stop making decisions that are foolish and stupid.